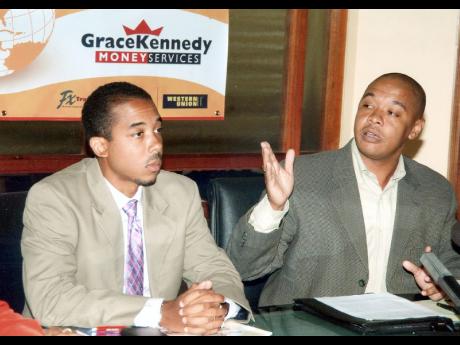 Access Financial Services Limited got the go-ahead from shareholders Wednesday for a 10-way split of the stock, the value of which has almost doubled since its October 2009 debut on the junior exchange.

The split, scheduled for April 26, will increase the listed shares to 274,509,840, with no expected dilution of value.

The stock has made gains of 88 per cent atop its initial offer price of $18.34 in the five and a half months since its listing.

Access chairman Brian Goldson told the less-than-30 shareholders at Wednesday's meeting that the split would make the stock more affordable and likely boost trading among investors.

AFS had a record daily volume trade of 682,800 units on March 10, but typically the transactions are more likely to be in the hundreds and thousands of units, circling the 6,400 range.

The stock has traded 32 days within the five months of its listing.

It was, until Thursday, the only JSE Junior Exchange listing, but has now been joined by Blue Power Group Limited (BPG), whose 22.599 million shares were offered at 3.89 per unit.

The AFS split would more align the share price with BPG's.

Access' main business is retail lending to the microenterprise sector. The company reported net profit of $65.9 million at December 2009, up from $32.9 million, and a loan portfolio of $454 million.

Going forward, Access Financial says it intends to build its brand, continue with the build-out of its branch network and invest in its human capital base.