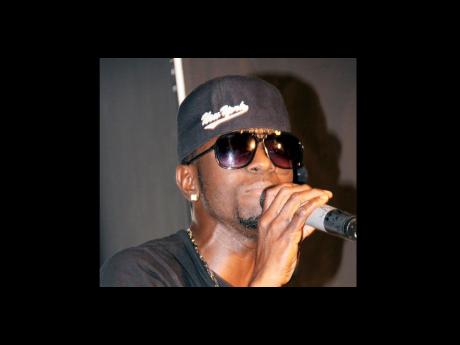 Since the release of his first official single on Big Ship Label, Bramma admits to feeling the wave of excitement the song has ignited. "Defend Mi Own has totally reenergised me and seems to be my first potential hit since the start of year," he said.

Both Bramma and Big Ship's Stephen 'Di Genius' McGregor are confident that this song will surpass boundaries none of his previous songs have reached, considering their intentions to create a product that will attract an international audience. For Bramma, one can detect a level of maturity and prowess on this track ,as well as a noticeable absence of his 'crying' style often heard in his songs. The clarity in his voice is now razor sharp, allowing for proper word pronunciation

On Defend Mi Own Bramma also exercises clever writing skills to tone down the usual aggressive manner associated with dancehall songs and also eliminate unnecessary rhyming at the end of a bar. Bramma has also released another single, Brave Heart.

Much like records spin on a turntable, CDs in a player and even virtual mixers used for audio files have rotating parts on the screen, Sparkles Disco and Mingles have come full circle. Last Friday, Sparkles played at Mingles, Courtleigh Hotel, New Kingston, closing the loop on a relationship made in night-time entertainment heaven three decades ago. Bobby Wong, CEO of Sparkles Productions - which has grown from but still includes Sparkles Disco - said, "Our association with Mingles started in the early '80s and the synergy made the club the longest running successful nightclub (in Kingston) before the venue was relocated to Knutsford Boulevard. We are very excited and optimistic about the future."

Sparkles Disco plays at Mingles every Friday and Wong promises "it's going to be fun from the start ... Mingles itself already has a relaxed atmosphere, a place where friends meet and you almost feel at home with everyone around you. The music will be clean and will suit the demographics of the patrons. All genres of music will be played, including the top 40 hits," Wong said.

At close to 11 p.m. last Friday, Mingles was grooving to the sounds of sweet soca on the tail-end of the Carnival season, the music soon shifting to disco, which brought most of those still remaining in the comfortable seats out onto the dance floor. Sparkles enhanced the ambience with a party light and a single screen, enough to bring the touch of technology but still not intruding on the intimacy of the setting. It is a setting that Wong relishes. "In a nightclub such as Mingles, it's more intimate. You feel more connected with the audience than at a larger open venue. Everything is closer - the audience, the music, the vibe. It's going to be great. Come see for yourself," he invites.

With two new tracks and a three-continent tour this month, Jamaican dancehall superstar Sean Paul is keeping quite busy these days. Sean Paul, who returned from perfor-mances in Africa recently, is also toasting the success of his single, Do You Remember, with British-born pop sensation Jay Sean, which is featured on the iconic pop music compilation Now That's What I Call Music. Sean Paul's two newest singles, Fire Brigade and Down The Line, are destined as sure-fire club pleasers.

Down The Line, produced by Jeremy Harding, is a reggae-flavoured slow-melody love song which is featured on his popular mixtape 'The Oddessy'. The Don Corleone-produced Fire Brigade, however, is an unmistakable dancehall tune with all the up-tempo energy party lovers clamour for and for which Sean Paul has become famous.

Sean Paul is raring to hit the road and promote these two new tracks. He said, "working with Don and Jeremy is just amazing. They are creative people and good at what they do. I know anytime I go in the studio with them I leave with a good song." He added that the singles will soon be available on iTunes and that the producers were two of those who did tracks for his album Imperial Blaze. The album, his fourth, went on to make history as it became the first dancehall album to top the Billboard Rap/Hip Hop charts.

Julianne Moore's children are 'disinterested' in her career. The actress - who is married to director Bart Freundlich - insists her 12 year-old son Caleb and eight year-old daughter Liv Helen think it is great they are only concerned with her parenting and haven't even expressed any desire to read her Freckleface Strawberry children's book series.

Julianne said: "My book is never requested at home. They're very disinterested in what I do for a living. Children are interested in you being their parent, and that's really what they want. It's a great thing."

However, though the children are not interested in the 49-year-old star's career, Julianne is teaching them to take an interest and care about other people.

She added: "They go to a Quaker school and one of the things in the Quaker community is about community service and what you can do to help others. We've been given a lot in our lives, and so we talk about that. What do you do to help out? Simple things like cleaning up a park, but just the idea that it's your responsibility as a member of a community to help out other people."

New dancehall sensation G Whizz has launched another rousing lyric. The song, titled Tomorrow, seeks to motivate, encourage and inspire everyone who lends a listening ear. The chorus is "tomorrow will be a better day for you and me", as G Whizz speaks of unity among his people.

Like his hit song Life, Tomorrow highlights some of the struggles faced by individuals on a daily basis, but encourages perseverance. It is currently receiving a lot of airplay on major radio stations both locally and internationally and can also be heard on Youtube and MySpace at www.myspace.com/gwhizzbaby, with a music video to be released soon. G Whizz's Tomorrow is truly inspirational.