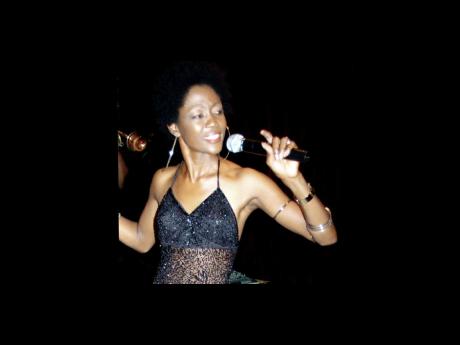 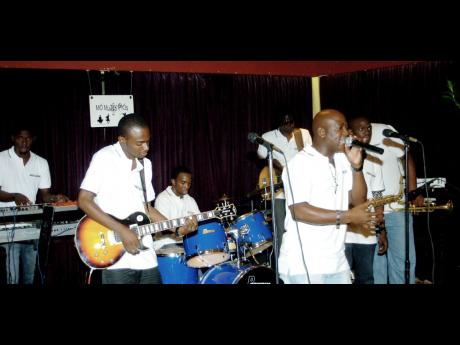 The evening was ideal, the venue intimate, the atmosphere relaxing and the aroma of the cuisine mingled with appreciable sounds of "Yeah" and applause to fine display of musical and vocal talents.

This was the scene on Tuesday evening at Christopher's Jazz Café in New Kingston. It was one of the club's weekly Live Music features, where performances are up close and assimilating, and it was the night of the band.

Shortly after taking the stage in the first segment of the programme, the featured band, Omega Element, gave patrons a thrilling treat of jazz. Their performance of Herbie Hancock's Watermelon Man was fantastic, and the fusion of jazz and reggae in songs such as Bob Marley's I Don't Want to Wait in Vain and Jammin', was soothing to the ears.

But while all the members of the band played each note from the heart, it was the horn instrumentalists who were in their element. Ian Glaves blew his saxophone from his soul and trumpeter Andre Palmer was just as exciting.

Later, when the band took a well-deserved break, it was time for female vocalists Magana, Jasmine Black, Neo-Sulann and her sister Jhamiel to shine, and shine they did, especially Jhamiel. Wearing a blouse long enough to be mistaken for a dress and possessing a chirpy voice, she chatted a little with the audience before mesmerising them with songs such as Melt My Heart to Stones and Conversation. A stylish young Magana also gave a splendid rendition of Summer Time and My Love Has No Beginning.

And when Black, the last female artiste to perform, ended her stint, the headline could easily have been 'The Ladies Stole the Show'. But Omega Element's return to the stage was stronger this time, reinforced by their vocalist Oliver Smooth, who was captivating in his performance.

Together, band and vocalist took the tempo up a notch and hit the audience with songs from different genres and eras. With the change in tempo, guitarists Jovan Norman and Rojae Wright (on bass), keyboardists Odane Stephens and Donavan Palmer, and drummer Steve Lamey came into their own, showing every ounce of their experience and training.

When Live Jammin at Christopher's Jazz Café came to an end, the patrons gave the band the thumbs up.

Carl and Cerina Percy, celebrating their 31st wedding anniversary, along with Walter Campbell, the best man at their wedding, told The Gleaner that they liked the band.

"They are very promising. They seemed focused and they are using horns, and their arrangement is good," said Carl. Cerina said she enjoyed the wide range of music, while Campbell was particularly interested in the saxophone.

Omega Element is a fairly young band, formed in 2009 by band leader Kempton. But the members have gained experience by performing with established bands such as Fab 5 and Harmony House. Lead singer Oliver Smooth, who also has a solo singing career, has performed with the National Pantomime.

Andre Palmer told The Gleaner that the group's musical journey began at different institutions: Alpha Boy's Home, Edna Manley College of the Visual and Performing Arts and The Salvation Army School for the Blind

In its relatively short existence, the band has performed at several events including the Jamaica Jazz and Blues Festival and the Digicel-sponsored Haiti Relief Fund Concert. The band is also booked to perform at Western Consciousness later this year.