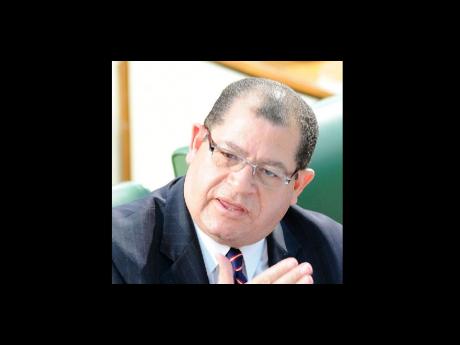 Government had taken $300 million from the NHF last fiscal year as it scrambled to find funds to develop a healthy primary balance.

More than $5 billion was taken from various pubic sector bodies in the form of dividends, but the withdrawal from the NHF irked the Opposition People's National Party (PNP).

"How could the NHF be ordered to pay over $300 million when hospitals need drugs and basic equipment for which they are told there is no cash to care," Dr Omar Davies, the opposition spokesman on finance, questioned last week.

However, in closing the 2010-2011 Budget Debate in the House of Representatives on Wednesday, Shaw said the "the $300 million must be seen as a one-off transaction and will not be a part of the dividend policy".

Shaw also said Cabinet has approved an amendment to the Public Bodies Management and Accountability (PBMA) Act to accommodate a financial distribution by public bodies. The PBMA Act was recently passed by Parliament as part of the framework for fiscal responsibility as dictated by the International Monetary Fund.