Partying with the best of them 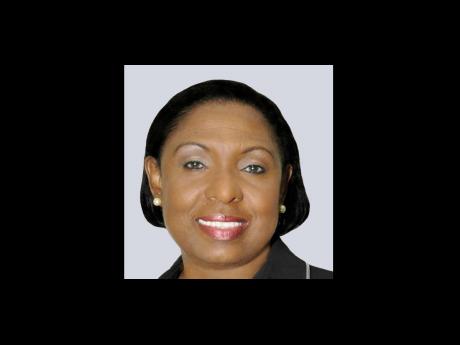 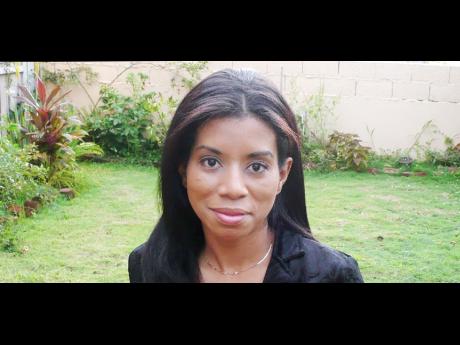 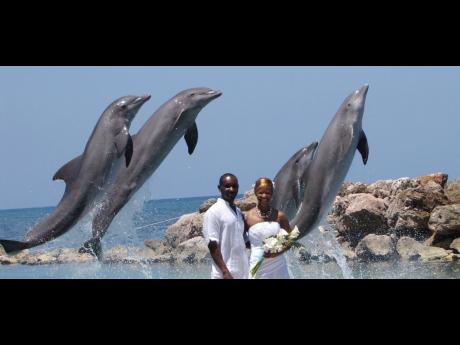 The blushing bride, Leejay Williams and relaxed groom, David McFarlane, on their wedding day at Dolphin Cove, in Ocho Rios. Behind them the dolphins entertained. - Contributed 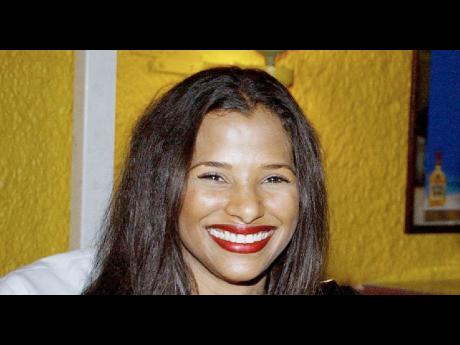 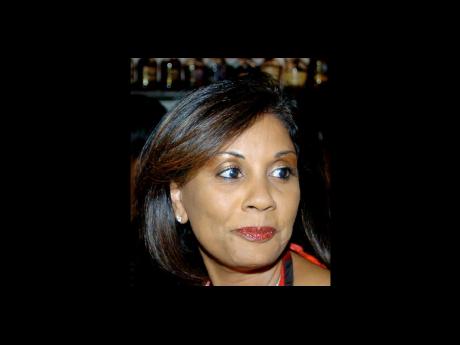 It's been simply a fabulous week for destination Jamaica, as, without a doubt, the island is the preferred destination of the international jet-setters, those in the know, and of course high-flying celebrities.

First, there was the visit of Princess Elizabeth of the country once known as Yugoslavia, who flew in to celebrate her birthday, over the last week or so! Mother of Hollywood icon Catherine Oxenburg, and her entourage were spotted at the tres chic, Round Hill Hotel and Villas, just west of Montego Bay, as she and relatives and a few Jamaican friends made sure that hers was a memorable holiday.

Then, former British Prime Minister, John Major and his wife, Norma, were spotted in Ocho Rios, enjoying some sun and fun as they too vacationed on the rock, away from the hustle and bustle and the glare of the international lens and tabloids.

Meanwhile, the fabulous Tracey-Ann Johnson, one-time hotshot Kingston-based attorney, and daughter of businessman Howard Hamilton and wife Professor Dr Marlene Hamilton, flew in from her home in Hong Kong for some rest and relaxation and was spotted in Port Antonio. Now all of that was before the eruption of the volcano in Iceland, that has been wreaking havoc with travel plans the world over!

Anyway, it's going to be one fab summer as the rich and powerful are all set to make it destination Jamaica! Speaking of faraway places, the absolutely fab, Betty Delfosse-Ingleton now calls Zanzibar home.

And, according to one of Canada's leading newspapers, Jamaican-born Canadian national Michael Lee-Chin is back. The billionaire whose AIC portfolio hit a rocky patch almost a year ago, forcing him to take action to prevent financial meltdown, is back at the top of the financial game. Not only is Lee-Chin, back, he really never left, as hard times or no, he still made the annual Forbes richest billionaires list!

The buzz all around is that Keith Collister and his lady love Carol Pessoa, have set a wedding date. And speaking of wedding dates, mes congrats, to the lovely Leejay Williams, the former sales and promotions manager of Hedonism III and David McFarlane who tied the knot two weeks ago at the lovely Dolphin Cove in Ocho Rios. The beautiful couple honeymooned in Negril and will now call Canada home.

Then for sacred music aficionados, particularly Caribbean sacred music, this Sunday holds something very special as the Anglican community will be hosting a fund-raising concert for scholarships, at the University Chapel, Mona, commencing at 4 p.m., in what promises to be the concert of the season. Featuring the National Dance Theatre Company Singers, The Diocesan Festival Choir and the National Chorale. The concert, billed as a festival of music, will be showcasing the works of some of Jamaica's leading composers, with Noel Dexter, Father Richard HoLung, Marjorie Whylie, Beryl Donaldson and Professor Barry Chevannes, with a number of others in a show that will also be commemorating the 50th anniversary of the dedication of the chapel. Definitely a not-to-be-missed cultural outing.

And, happy anniversary wishes to the charming Betty Thompson, formerly of NCB Private Banking, now at NCB Corporate Banking, and her husband Clyde Thompson of Jamaica Customs, who celebrate their 17th wedding anniversary tomorrow. Word is that the celebrations will be a rather intimate do, restricted to immediate family and very close friends! Many happy returns with champagne toasts!

Then, happy birthday wishes to: Wayne Nasralla, who celebrates his birthday today. The charmingly lovely Dianne Francis, of the Gleaner Company, who celebrates her birthday, tomorrow, Saturday, April 24. As will: the oh so gracious Maria Jones; the lovely Suzie Crosbie Bridges, who will celebrate in Florida; Digicel's Anne Marie Stewart who is back home from Honduras: Brian 'Ribbie' Chung; and his friend, and 'man about town', Marshall Peterkin.

Celebrated playwright Ed Wallace celebrates his birthday, on the 29th, as will Jamaica's most recently published and acclaimed author, Diana McCaulay and media personality and advocate Maia Chung.