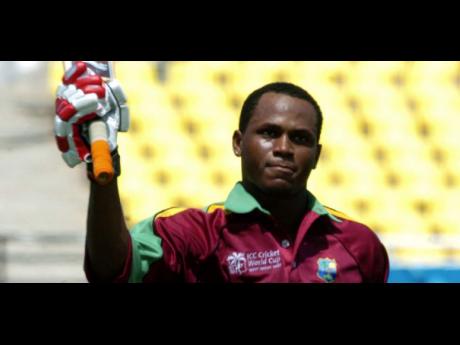 Jamaica and West Indies batsman Marlon Samuels is looking forward to a return to top-level cricket when his two-year ban ends on May 9.

Samuels was charged two years ago by the West Indies Cricket Board with misconduct for allegedly violating the ICC Rules of Conduct 4 (ix) in that he "received money, benefit or other reward which could bring him or the game of cricket into disrepute". After a hearing into the matter, the West Indies Cricket Board's disciplinary committee enforced a mandatory two-year ban in 2008.

Samuels, who maintains that there was no case against him, spoke to The Gleaner shortly before a net session on Wednesday at the Melbourne Cricket Club.

"I went to the hearing and the information was thrown out. ... What I was brought to a hearing for was thrown out, so that simply meant there wasn't a case, but I guess other people wanted a case and they had to have a case and a result," said Samuels. "So I guess they enjoyed those two years of watching me out of cricket but I am back now and putting those two years behind me and moving forward," he added.

The 29-year-old Samuels is counting down the days. "I am looking forward to May 9 for me to be back and take off all these shackles that they have used to hold me down so I can continue the work that I want to do," said Samuels. "The plan is to continue where I left off. I had a wonderful second to last series against South Africa, I was just finding my foot. I definitely want to continue from where I left off and I am definitely looking forward to scoring a lot of runs," he added.

Besides catching up on lost time with his family and making business investments, Samuels has been working hard at his game.

"I have been watching the cricket, thinking harder and spending quality time working on my skills. I have been cursed a lot of times that I have a lot of talent but I don't work hard. So what is happening now is that Marlon Samuels is working very hard and my technique is still there."

The middle-order batsman, who averages 28.73 runs in 29 Test matches, has something to prove."I have definitely put my mind to coming back and proving to the world that I was misunderstood and was in a very unfortunate spot. Since I have been out, I have learnt a lot of things so I am coming back with a much firmer mind and a more mature mind," Samuels stated.