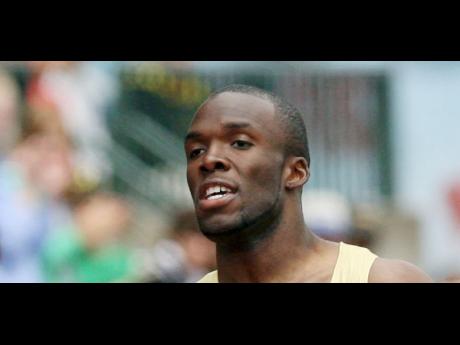 Merritt used an over-the-counter male enhancement product that contained substances that caused him to fail three successive tests from October to January, according to a release from lawyer Howard Jacobs yesterday.

Merritt, who won Olympic gold medals in the 400m and as a member of the 4x400m in Beijing, said he hopes his family, friends and sponsors will forgive him for making "a foolish, immature and egotistical mistake." He will not compete until the case has been decided.

USA Track & Field CEO Doug Logan said in a release he was "disgusted by this entire episode".

"He has now put his entire career under a cloud and in the process made himself the object of jokes," Logan said. "In this day and age, a professional athlete should know better."

Merritt was recently notified that the presence of DHEA was the cause of his positive test. DHEA is short for dehydroepiandrosterone, which is a steroids precursor banned by the US Anti-Doping Agency.