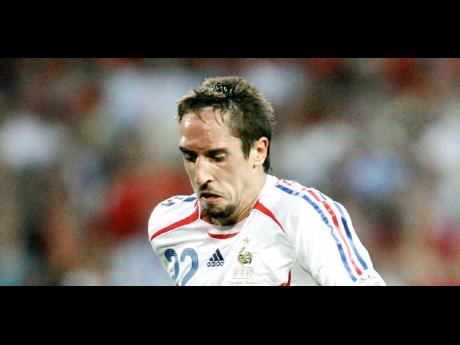 The police probe into a suspected prostitution ring at a Paris nightspot has cast serious doubt as to whether France footballers Franck Ribery and Karim Benzema will be called into the team's World Cup squad.

Ribery has already testified and Benzema is set to be questioned over alleged sexual relations with an underage prostitute operating out of a trendy Paris club.

With France coach Raymond Domenech set to name his squad in about three weeks, the sex scandal could not have come at a worse time for the beleaguered team. It follows a difficult qualifying campaign, during which Ribery was one of the rare players to shine.

Domenech favours tranquility and seclusion at team camps during major tournaments, but the headlines around Europe show no signs of going away. At the World Cup in South Africa, the scrutiny is likely to increase.

Domenech already had tense relations with Benzema - reprimanding him for his attitude during a World Cup qualifier against Romania last September - but has always been close to Ribery.

Although the affair is only at the judicial inquiry stage and no charges have been filed, the damage to their reputations could be lasting.

Questioned by police, the prostitute reportedly said she had sexual relations with Ribery when she was 17, and with Benzema when she was 16, but told both players that she was an adult.

If Ribery and Benzema are charged, they would face up to three years in prison and a €45,000 (US$60,000) fine. Prostitution is legal in France, but prostitutes must be over 18 years old, and clients are liable if they are not.

Ribery's lawyer said the footballer provided witness testimony last week for investigators probing a suspected ring operating out of a Champs-Elysees club called Cafe Zaman. Sophie Bottai, Ribery's lawyer, said no charges were filed against her client and he was not held in police custody.

The scandal comes just as the 27-year-old Ribery considers whether or not to stay at Bayern Munich. He has been linked with moves to Real Madrid, Barcelona and Chelsea, and was set to announce his decision soon.