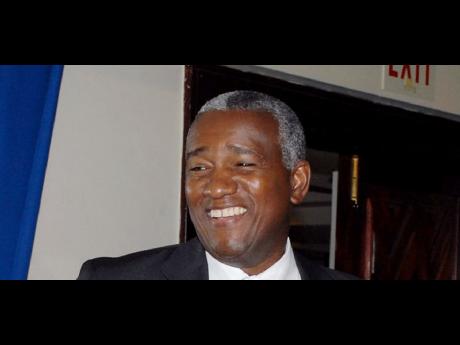 Business for Carreras Limited, the largest distributor of cigarettes in Jamaica, continues to be challenged by the unauthorised manufacturing and illicit trading of the Craven 'A' branded product.

The latest shipment of fake cigarettes was detected last week.

"We estimate that a container load of 1,000 cases or the equivalent of 10 million sticks with street value of $300 million came into the island," said Carreras managing director Michael Bernard,.

"In that set of cigarettes the Government of Jamaica is due approximately J$175 million in taxes," he said.
Investigations are ongoing to determine the origin of the counterfeit cigarettes, but Bernard noted that a previous batch identified some three years ago came from China.

"We are not able to pinpoint the exact supplier but the assumption is that this set also came from China."
While Carreras, in press advertisements, has been warning consumers about the possible health dangers posed by the copycat cigarettes, the issue of potential market erosion remains a real concern for the firm which distributes brands made by sister companies in the British American Tobacco group.

Carreras exited manufacturing five years ago to concentrate on distribution.
Bernard said the container of smuggled cigarettes would not have a significant negative effect on the company's bottom-line if they make their way into the distribution chain, he noted that steps had to be taken to stop the illegal trade from proliferating.
"We have to eliminate it to protect the business," he said.

"We would like to enjoy the sale revenue on every stick of cigarette, having spent the money to develop the brand and similarly, (we want the) government to protect its revenue."

Two years ago the company was forced to suspend the supply of its Rothmans and Benson and Hedges international brands in response to their poor performance in the Jamaican marketplace, where the Craven A and Matterhorn brands remain market leaders.

The continued importation of cigarettes by racketeers who bypass the payment of import duties, and are able to undercut Carreras in pricing.
Carreras has warned in published notices that the latest counterfeit cigarette packets are identified by a 12-digit product code, 870-294-015-227, and carry a best before date of June 11, 2010 marked in gold on the bottom right side panel.

Carreras Bernard has pointed to the big difference the lower price of the fake products have on his companys business.
A carton of Craven 'A' distributed by Carreras is sold for J$4,950 and a case of 50 cartons or 10,000 sticks for J$247,500.
"The counterfeit is being sold at J$225,000 per case and though we make small discount it is not as much as the difference here," Bernard said.

Carreras officials say some traders in the illicit cigarettes have been identified and the contraband traced to their hideouts, but have pointed to the sensitive nature of the case in declining comment on the efforts to cauterise the cigarette smuggling.

"The Customs Department and the Jamaica Constabulary Force are on top of the issue to determine who the importers are," Bernard told Saturday Business.

In March, police and customs officials seized 475 cases of cigarettes worth J$120 million, at Kingston Container Terminal. No duties had been paid on the cigarettes and they were not approved by the Jamaica Bureau of Standards for sale in Jamaica, officials said.

Before then, a large scale sale of counterfeit cigarettes on the Jamaican market was discovered in March 2008. At that time the illicit activity was described as a thriving underground trade controlled by organised crime bosses.

Police investigations have led to at least one case reaching court. But according to the Carreras head, the case has still not being resolved.

A court hearing scheduled for three weeks ago is said to have been scuttled as the accused person was found to have left the country.
"That (legal) process continues and anybody now found trading in the illicit products will be prosecuted," said Bernard.

"Carreras is further advising the public that it will vigorously prosecute or seek civil remedies including award of damages against anyone identified as trading in counterfeit Craven 'A' cigarettes," the company said in a recent notice to the press.