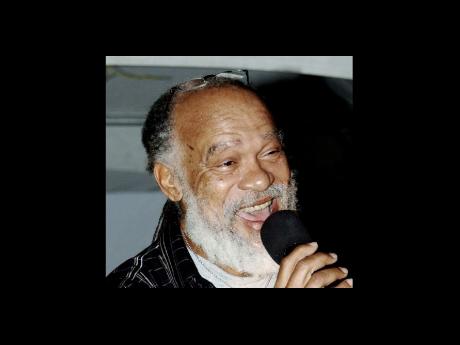 Ernie Smith will perform at Studio 38, Pulse Centre, Trafalgar Road, on Sunday, May 2. The concert, previously scheduled for Sunday, April 18, was postponed due to inclement weather.

Smith is the latest of Jamaica's musical greats to appear in the Live at Studio 38 Concert Series. The legendary songwriter, musician and entertainer follows the likes of John Holt, Ken Boothe, Freddie McGregor, Beres Hammond, Toots and AJ Brown.

With a catalogue spanning 37 years, 12 albums, countless live performances and a significant fan base, Smith has made an indelible mark on Jamaican music. Since his breakthrough song I Can't Take It Any More (later covered by Johnny Nash as Tears On My Pillow), the hits have flowed in quick succession.

Smith has written well over 200 songs, several of which have been recorded by other artistes, including Nash, Rita Marley, Chakka Demus and Pliers, Sanchez, Twiggy, Ken Lazarus, John Jones, Judy Boucher, Goldie Hawn, Eddie Lovett, Yellowman and others. Smith played on many of the world stages including repeat performances at Madison Square Garden in New York, multiple venues in Europe, the USA, Central and South America, the Caribbean and Jamaica.