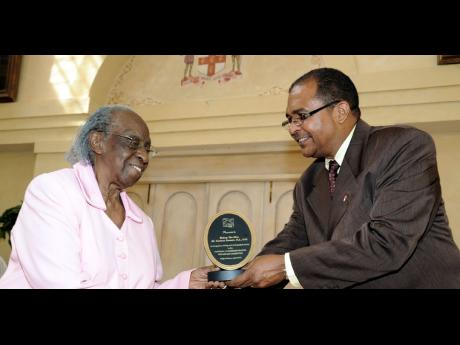 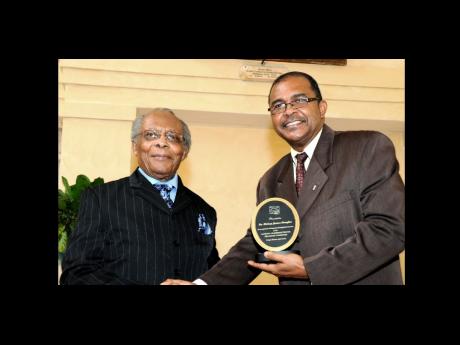 Bishop James Douglas (left) receives an award for long and distinguished service to the committee from Dr Peter Garth.
1
2

Teachers are coming down heavily on the Government over monies owed to them by pulling out of extra-curricular activities in the island's public educational facilities.

President of the Jamaica Teachers' Association (JTA) Michael Stewart told journalists at a press briefing yesterday at the organisation's head office that come Monday, educators would be sticking to their schedules.

"Effective Monday April 26, the association is instructing its members in schools and colleges to cease all involvement in extra-curricular activities, including clubs and societies," he said.

The decision to cease the activities comes as a result of the association's dissatisfaction with the results of a meeting with Prime Minister Bruce Golding on Thursday, where the JTA was informed that the Government did not have the funds to honour the agreement.

According to Stewart, the JTA was asked to accept a proposal that $900 million of the increment due to teachers in September would be advanced and paid in May, and a further $600 million would be paid during the current financial year.

This, the president said, the association rejected.

"This is to use Peter to pay Peter ... . We are using our own increment to pay ourselves, and that is something we have fought for long and hard. If we were to look at that, our benefits that would have been negotiated would have whittled away in the not-too-distant future," said Stewart.

The JTA president also said the association would be meeting with its members in parishes between Tuesday and Thursday in a bid to finalise their next move.

Teachers are among several public-sector groups who are at odds with the Government over retroactive monies they are to receive.