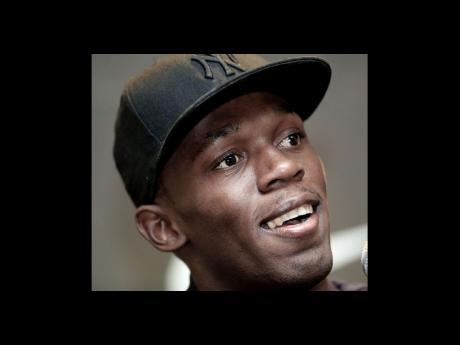 Usain Bolt will stay away from the 400 metres unless he needs to prove himself at that distance "to become a legend in sports."

The 100- and 200-m Olympic and world champion from Jamaica said yesterday in a press conference call that he was avoiding the 400 metres because of the hard work needed to be the best at that distance.

"I don't want to do 400 metres," said Bolt, who plans to run a 300 next month in the Czech Republic. "I guess I will have to do it really if it takes that for me to become a legend in sports. Otherwise, I wouldn't want to do it."

Instead, Bolt's main goal will be defending his Olympic titles at the 2012 London Games. In Beijing, Bolt set a record in both the 100 and 200 and helped the Jamaican 4x100 relay team to another.

He also won the 100 and 200 in World Record time at last year's World Championships in Berlin.

"If I can dominate for five-six years over the 100 metres, I can make myself a legend in the sport by doing that," Bolt said.

Bolt was speaking only three weeks before the start of the Diamond League, a set of 14 meets around the world that opens May 14 in Doha, Qatar. Although Bolt is not going to compete in Doha, he will race at the Diamond League meets in Shanghai, New York, Paris and Brussels - and compete against main rivals Tyson Gay and Asafa Powell in some of them.

"(The) Diamond League is very important for me this year because there's no championships," Bolt said. "Most of the time the guys, in a championship year, we don't really compete too much.

"That's the main thing, to keep us running together."

But because there are no Olympics or World Championships to race in this year, Bolt said he wouldn't be overly concerned with his times.

"Try to get through the season injury-free and be unbeaten," he said. "If I need to run fast to win, I will do that. But if not I will just take it as easy as possible."

Bolt also has a few ideas on how he can improve his time in the 100. He broke his own World Record of 9.72 seconds by running 9.69 at the Beijing Olympics, and then shattered that mark by running 9.58 in Berlin at the Worlds, but he still has things to work on.

"My start. My execution," Bolt said, adding there may be something else he can do to shave time off his record. "Stop looking around, maybe."