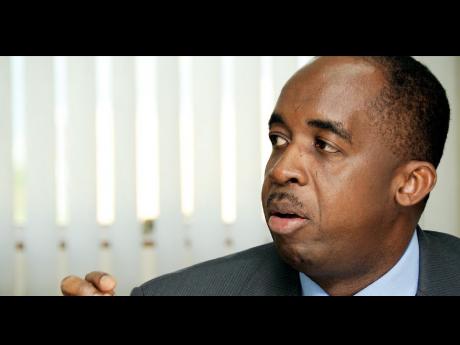 National Commercial Bank of Jamaica's interest income from loans and securities tanked by a billion dollars in the three-month period ending March 2010, a reverse of the previous year's outcome.

The bank said it took a hit from the Jamaica Debt Exchange (JDX) programme for the month of March, the effect of which was included in the $924 million decline in securities income recorded within the three-month period ending March 2010.

Income from loans also fell by a smaller $112 million, while the value of the bank's loan portfolio also dropped from $88 billion to $86.8 billion.

In the comparative December 2008 quarter, interest income was reported at $8 billion, while in the March 2009 quarter it was up to $8.8 billion.

Group managing director Patrick Hylton, at an investor's briefing Friday, attempted to deflect attention from the top line to the bank's bottom-line profit of $2.55 billion posted in the review quarter, insisting that life after the JDX was still good.

"When we examine the four major quadrants of our business operations we see where this organisation continues to demonstrate the strength and resilience ... . I say to people our net profit after tax of $2.55 billion, or $1.03 per share, which represented a slight decline over the previous quarter, is to my mind strong performance."

Net profits contracted some 7.8 per cent relative to the December quarter when the banking group made $2.77 billion, or $1.13 per share.

"When we juxtapose the fact that we have had a significant and expensive retrenchment exercise during the quarter ... we are saying life after JDX has not really been that bad," said Hylton.

NCB exchanged securities totalling J$78 billion and US$100 million under the JDX.

The value of the securities portfolio increased from $173.4 billion in December to $181.6 billion in March, but the effective yield dropped from 12 per cent to 9.9 per cent.

But the bank's cost-to-income ratio rose by two points to 53.1 per cent, suggesting that Hylton's cost-containment measures, that included the cutting of 132 jobs, were either inadequate or did not come early enough to affect the current results.

Return on average equity also declined from 29 per cent to 24.8 per cent.

The bank's lucrative wealth division contributed $1.8 billion to operating profit, 91 per cent of which was provided by NCB Capital Markets.