Oh, the games that some people play! 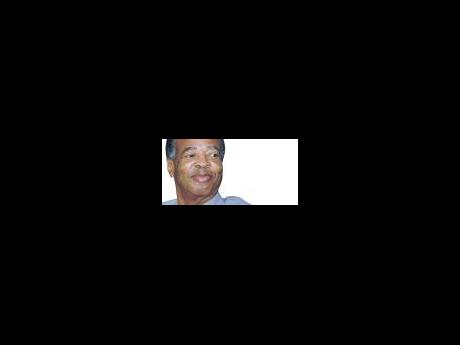 Question: On October 19, 2009, I was travelling as a passenger in a 2005 Honda Civic. It was being driven by the owner. While we were on the Hellshire Road, a white Toyota Corolla taxi hit the rear of the Honda. The matter was reported to the taxi's insurers. They replied to say that the taxi driver had not reported the collision and asked for a police report. After the police report was submitted, they said they were not settling the claim. This was because the taxi owner had reported the car as being stolen. Can a vehicle be regarded as stolen when the owner has given the driver custody and permission to drive?

Answer: What do the names Bernie Madoff, Allan Stanford, Olint and Cash Plus have in common? They are alleged to be linked to Ponzi, or pyramid schemes.

A Ponzi scheme is a fake investment operation. It pays returns to investors from their own money or money paid by subsequent investors, instead of from any actual profit earned.

Put simply, Ponzi schemes rip off investors and make bags of money for the founders.

The taxi owner is playing tricks. The aim of his game is to try to avoid responsibility for the damage to your friend's car and, possibly, any injury that you suffered.

The leading actor in this game is the insurance company. The taxi owner plays a supporting role.

Why? All motor policies say something like this: "No admission, offer, promise or payment shall be made by or on behalf of the policyholder without our written consent, and we shall be entitled, if we so desire, to take over and conduct the defence or settlement of any claim. We shall have full discretion in the conduct of any proceedings and in the settlement of any claim."

In street parlance, the insurer is the 'one driva'.

It states: "Any condition in a policy, providing that no liability shall arise - or that any liability so arising shall cease, in the event of some specified thing being done or omitted to be done after the happening of the event giving rise to a claim under the policy - shall be of no effect."

This part of the law, plus the policy provision I cited earlier, reinforce the 'one driva' doctrine.

The decision to pay, or to refuse to pay for the damage to your friend's car, rests solely and exclusively with the third party's insurers. They could, therefore, choose to accept or ignore the taxi owner's argument that the vehicle in question was stolen, or whether the driver had the owner's permission to operate it when the accident occurred.

It should be fairly easy to find out whether the vehicle was actually stolen.

It would be irresponsible and, possibly dishonest, of the third party's insurers to have refused to settle the claim for damage to your friend's car based solely on unsupported and self-serving statements made by the owner of the taxi.

In the article that I wrote last week - 'Playing hardball with motor claims' — I criticised the Financial Services Commission's 'Market Conduct Guidelines on Best Practice for Motor Insurance Claims'. I now return to that subject.

Many persons do not trust our institutions. Dishonesty and corruption are rampant in all parts of the society.

Shouldn't the Financial Services Commission's best practices have imposed a minimum level of conduct on the part of insurers where action is taken by persons like the taxi owner to thwart justice in claims like yours, especially when insurers are trying very hard to staunch the flow of red ink during these challenging economic times?

Suggest to your friend that he make contact with the taxi owner's insurers. Ask them to write a letter stating precisely why they have refused to pay to repair his vehicle.

Pass the letter over to an attorney for action, assuming that it repeats the argument that their refusal to fund repairs is based solely on the taxi owner's statement that the vehicle was reported stolen.