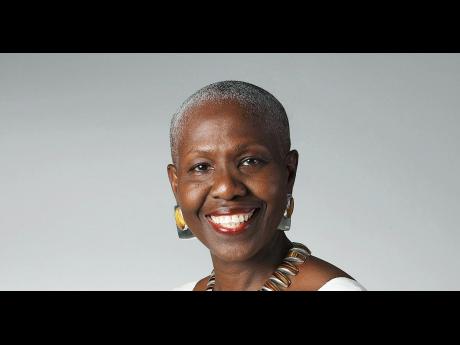 I recently got an unexpected invitation from Ms Huiping Song, director of the Political Section of the Embassy of the People's Republic of China in Jamaica. The ambassador, H.E. Jinghua Chen, was requesting the pleasure of my company at dinner, along with five of my guests. My first reaction was, "Yeah, right."

I figured this was one of those brazenly deceptive emails that announce with nuff blinging lights that you've won half a million pounds in a lottery for which you didn't even buy a ticket! I almost kissed my teeth and deleted the email. But I decided to politely play the game. After all, I had nothing to lose, even if nothing to gain. And Ms Song did mention The Gleaner, so maybe it wasn't a hoax.

As it turns out, my guests and I enjoyed an unusual evening in the engaging company of His Excellency who had begun hosting intimate dinners to enhance Chinese-Jamaican relations. Unlike the usual generic embassy receptions to which people go largely to be seen by the inimitable Chester Francis-Jackson, this dinner party was custom designed.

Leahcim's self-created job title - chief ideator - was the subject of much discussion. His Excellency confessed that he had never heard that term. We all chuckled. Having inverted the letters of his birth names, Michael James, in rejection of the fraudulent identity they perpetrated, Leahcim Semaj has long been an 'ideator' - a creator of big ideas.

He founded the JobBank, investing in the development of human capital. Leahcim rejects the label, 'consultant', since he's not in the business of conning clients. He prefers 'resultant', which signifies measurable outcomes. Leahcim also understands the power of the media as a tool for social transformation. His gripping Night Doctor radio show, once aired five days per week between 1:00 a.m. and 5:00 a.m., made a lot of people lose sleep and wake up to their potential.

As I looked around the dining table, I realised that all my guests were ideators. Donna created from scratch, a world-class museum in honour of Marcus Garvey. She has revitalised Liberty Hall, turning 76 King Street into a major cultural centre.

Kingsley, entrepreneur par excellence, conceived the Pulse Entertainment Group, the first company of its kind to be listed on the Jamaica Stock Exchange. Pulse's commitment to creating a professional modelling industry for the Caribbean has yielded rich rewards for many young women and men who claim their place on the world stage, displaying the major fashion collections in Paris, London, Milan, New York and Kingston.

Romae, with a Master's in International Relations, is one of the top-flight fashion models who helped establish Jamaica's reputation as a major player in the industry. At university in the US, she never let on that she was a successful model. When her classmates kept saying, "You could be a model", she would smile enigmatically. She didn't want to be typecast as an airhead. Her international modelling credentials are now being used in the management of the Caribbean's premier modelling agency. Saint or sinner notwithstanding.

Cecile, who did a degree in English literature at the University of the West Indies, Mona, has transferred to the field of human resources development (HRD) the analytical skills she perfected in that academic discipline. All that knowledge that comes from studying character in literary texts is certainly valuable in the 'real' world of business administration.

It's such a pity that so few HRD managers are aware of the far-reaching skills in careful reading, expert writing and sophisticated analysis which literature graduates can apply in banking, management, marketing, research and a whole host of related fields. So I'm rebranding the literature degree with a market-driven name: 'The Business of Human Capital'.

Hired to teach literature at the University of the West Indies, I conceived the International Reggae Studies Centre in 1992. The premier achievement of the centre is the establishment of an innovative undergraduate degree programme in Entertainment and Cultural Enterprise Management, developed and first directed by Kam-Au Amen, an entertain-ment business specialist. This year, the inaugural class will graduate. I'm so proud of these enterprising students who are eagerly charting new academic territory.

I also designed a popular undergraduate course, Reggae Poetry, which, in the words of Tanya Stephens, one of the songwriters studied, provides "room to exercise our minds". On a class visit last Wednesday, Bob Andy gave a brilliant talk on the making of I've got to go back home and, more broadly, on his career as a songwriter and performer.

Altogether, I think His Excellency got more than he bargained for.After we expressed condolences for the recent natural disaster, the wide-ranging conversation dipped into dangerous political waters: migration, extradition, human-rights violations and ethnic relations. I raised the matter of our bad habit of calling all Chinese people 'Chin'. How would we like it if we were all called 'Black'?

Leahcim brought up the delicate business of the job satisfaction of Chinese workers, observing that even though Jamaicans love the relatively inexpensive goods made in China, we are not prepared to accept the rate of pay and the working conditions there. The ambassador did admit that workers were now expecting more returns for the sacrifices made in the name of development.

The disturbing environmental issue of Chinese mining in St Ann was also raised by Leahcim who, along with Cecile, is establishing a farm and conference centre in the parish. The ambassador diplomatically assured us that the matter was still in discussion. On a less contentious note, Kingsley raised the possibility of the participation of Miss China, a top model, in Caribbean Fashion Week.

When we sat down to what turned out to be an exquisite 10-course meal, His Excellency mischievously warned that Chinese-Jamaican cuisine is not quite the same as what we were about to savour. True, there was none of the scotch bonnet pepper that local Chinese restaurants often use in deference to the palate of Mr and Ms 'Black'. But the tongue was certainly fiery. As we were taking our leave, the ambassador jovially told Leahcim that next time he must ask harder questions.

I got a magnificent gift of an elegant book, World Heritage in China. It is a beautiful tribute to the complexity of that great country, and a lasting symbol of a truly memorable evening in excellent company.