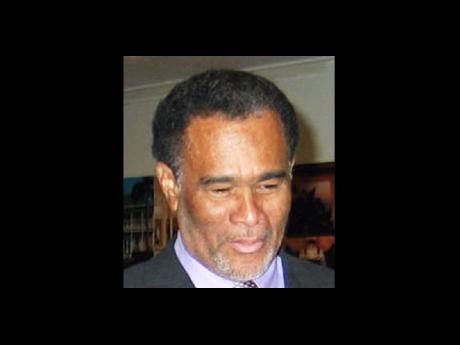 The eruption of the tongue-twisting Icelandic volcano, Eyjafjallajokull - which translated into English means 'island-mountain glacier' - severely disrupted a large chunk of the world's aviation system for over a week. In Europe, air travel was brought to a virtual standstill for several days. Among the more religious, the volcano's blazing tongues of flame and the grey-white atmosphere around the region have been likened to Mount Sinai at the time Moses adjourned there over 3,000 years ago.

By the middle of last week when European aviation authorities released the near total ban on flights, over 100,000 flights had been cancelled. Estimates are that the disruption had by then cost the airlines several billion United States (US) dollars in passenger and cargo revenues, as well as compensation to passengers. This has added to the airlines' financial fallout just as they were seeing an upturn in travel and projecting reduced losses after the nearly US$10 billion loss last year.

Jamaicans would have heard of European tourists stranded in our resort areas as a result of flight cancellations and that these have affected hotel bookings. The magnitude of the impact on the local industry should not be overstated, however, as European visitors make up just over 15 per cent of our total visitor arrivals annually. It is important, though, that there be speedy normalisation of the European aviation system since the island had been experiencing a strong pick-up in arrivals from mainland Europe in the first two months of this year.

Most important is the re-opening of United Kingdom (UK) airports since that country is Jamaica's largest source market in Europe and has been the worst affected. Further, it was already struggling before the volcano ash fallout, with the number of UK visitors having declined in the first two months of the year on top of last year's weak performance. And according to the latest reports, the UK economy remains weak, which is bound to constrain consumer demand, including for travel.

Beyond the disruptions of the last week, the Caribbean tourist industry has been showing significant signs of recovery, driven by increased demand from the US and continuing strong activity in the Canadian market. According to the US Office of Travel and Tourism Industries, outbound air travel had increased in six of the last seven months, up to January 2010. Traffic to the Caribbean went up by seven per cent in January, as against a three per cent increase in overall US outbound air travel.

The regional destinations that have reported arrivals data, including Barbados, Cayman, and St Lucia, showed substantial increases in the month of January. Jamaica and the Dominican Republic, which have released figures for the first two months, have stepped up the pace of growth over that of 2009. In Jamaica's case, stop-over visitor arrivals increased by 6.3 per cent, with all major source markets registering growth, in contrast to the situation in 2009, when only the Canadian region was expanding. Canada remains the star performer, with an increase of 14.1 per cent up to the end of February, followed by the US with 5.4 per cent, which more than made up for the 3.9 per cent decline for the same period in 2009.

The prospects for the Jamaican industry in the coming months have strengthened with mounting signs of recovery of the US economy. The stock market continues to climb, housing demand has picked up, automobile sales are on the rise, and the number of new jobs is increasing, which should boost consumer confidence as the year proceeds. The conditions, therefore, exist for the local tourist industry to increase the rate of growth of American tourists to Jamaica from the 5.4 per cent achieved up to February to closer to the seven per cent recorded for the Caribbean.

Jamaica now has nearly 4,000 new rooms too, including those at the Secrets Hotels and Palmyra Resort & Spa in Montego Bay that have come on the market since 2009. These high-occupancy properties should, in a rebounding market, give the destination a push towards achieving at least a 10 per cent growth rate this year. The ongoing heightened drug-related crime problem in Mexico, which is affecting its major tourist areas, including Cancún, has had the effect of diverting traffic to other Caribbean destinations, and this situation, though regrettable, is likely to add to the island's visitor arrivals.

With the economic gloom now lifting, Jamaica has the chance to begin to reap the full benefits of the major investments made in the tourist industry over the last seven to eight years. These investments had put us in good stead to ride out the storms of 2008 and 2009. Hopefully, unlike Europe, we may be spared natural disasters and especially hurricanes later this year.

Dennis E. Morrison is am economist. Feedback may be sent to columns@gleanerjm.com