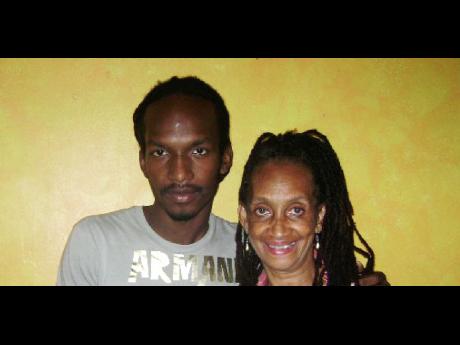 Patsy Ricketts' pride in her children is clear. She said one son is into sound engineering, while the other has "a nice sing-jay voice".

"They are twins," she clarified. Another does "a lot of work for Digicel" while her daughter does events for the same company. The youngest is singer Lil Joe.

She gave them all a foundation in the arts, forming them into the performing group Jah Children. And they may have given her the foundation for a children's book, as she faced the prejudices against dreadlocked children.

On a particularly draining day, she formed a capital 'A' on a page and it struck her that it could be shaped like a man. She then added the feet and worked her way through forming an engaging alphabet.

While growing her children, Ricketts was told by many persons that she would have to cut off their hair in order for them to go to school. She would have none of it and the personable alphabet became part of what they were taught for the first five or six years of their lives, until Leachim Semaj was part of a school which facilitated children in their situation. Lil Joe was able to go through the traditional system from the start, as by that time the biases had been reduced.

Ricketts now hopes to publish the book to help children with numeracy and literacy problems.

She has been in the classroom as a dance teacher for about 40 years and says she got into it "like most artistes in Jamaica, bread and butter. You can't make a living from performing. If you are going to make a living from your art you have to teach. Especially dance".

Ricketts ranks dance below music and drama in assessing the public perception of their earning potential, but points out that it is because people have separated them, unlike the cohesion among them in Africa.

Still, she enjoys it because "I like interacting with our young people. I think I can offer them something and a lot of them need help. I use the dance as a guidance tool". That includes how to follow instructions.

And she learns from them, as "they are mostly into dancehall". While The Sunday Gleaner observed the class, Vybz Kartel was the deejay of choice, the male students, especially, moving rhythmically to the beat. Ricketts said that she uses dancehall to pull them into class, where she can then introduce them to something else. However, they also instruct her, as she learns dancehall moves from them, which she passes on in turn.