The Budget in macroeconomic context 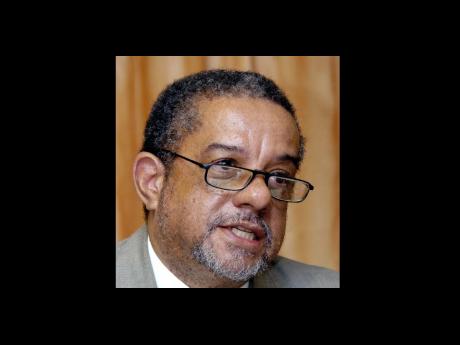 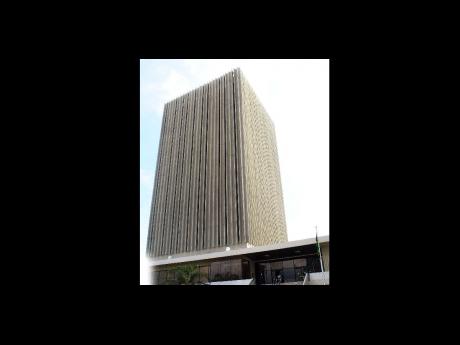 The sale of Bank of Jamaica holdings of government securities is not a perfect substitute for Government repaying advances to the central bank.
1
2

If the Government is a corporate entity, then all the citizens of the country are its shareholders. The problem, though, is that there is not a clearly defined shareholding such as to allow for our liability to be limited to the value of that shareholding. If the Government's financial and economic affairs go well, it is likely to benefit the broad cross section of its shareholders. If these economic and financial affairs go badly, the cost to the population can be extremely severe. Incomes and fortunes can be lost and there can be a decline in the standard of living of the shareholders.

Policy initiatives of the financial year past were expected to have started addressing these macro-economic problems. There were revenue enhancement packages that were expected to raise an incremental $23 billion in that last fiscal year. In the face of underperforming tax revenue and unprogrammed increases in interest expenditure, the first Supplementary Estimates sought to compensate by cutting capital expenditure. This would not have facilitated growth and employment. Ultimately, the burden of interest expense was addressed by the Jamaica Debt Exchange, which will push back maturities for repayment and reduce interest expense by more than 50 per cent in financial year 2010-11. The debt exchange was also a catalyst for board of the International Monetary Fund's (IMF) approval of a standby borrowing agreement with Jamaica.

This borrowing agreement made US$1.3 billion available from the IMF and some US$1billion from other multilateral financial institutions. Beyond financing and the usual financial programme targets (fiscal and primary balance, NIR, NDA etc.), the agreement also elicited structural changes to fiscal, monetary and financial management, including legislation for "fiscal responsibility", integration of selected public enterprises with the budget for parliamentary oversight, central treasury management and legally empowering central bank responsibility for financial system stability.

It was then expected that adherence to programme targets, with new financing and structural changes to fiscal and financial management, would lay the basis for clear signs of an economic turnaround beginning in fiscal year 2010-11. The memory is now disappearing, that the debt exchange was to be about more than easing the burden of our government's interest expenditure. Equally important was the expected impact of lower interest rates on increased domestic private investment, output and employment.

It appeared then that the Debt Exchange, partly through reduced Government borrowing, was expected to underwrite a sustained lowering of interest rates, and there has been limited attention to how monetary policy would react to an unfavourable economic shock. In this context, too, only limited attention has been given to the full repayment of advances from Bank of Jamaica to government, with the open market sale of central bank holdings of government securities being posited as an alternative.

In the hubris of the successful debt exchange and strong inflows from multilaterals, Jamaica may have lost focus on the reality of challenging fiscal targets for end March 2010. Not only are those targets important to facilitating subsequent financial flows from the IMF, other multilaterals and the European Union, but enhanced fiscal performance is absolutely essential to guaranteeing the (low) interest rate objectives of the debt exchange and the medium-term resolution of the vicious interaction of fiscal deficits and public debt.

From published information on central government operations as at end February 2010, Jamaica appeared to have needed a primary surplus of over $20 billion in March to meet its primary balance target for the fiscal year. While the official assessment by the IMF has not been completed, the numbers presented with the budget suggest that Jamaica has met its targets on all counts. It is now apparent, though, that our meeting of fiscal and especially primary balance targets would have had to be by extraordinary means.

The Budget presentation and debate then would have been expected to offer to the shareholders a clear picture of the financial status of the Government, and how we are continuing to build on the benefits of the debt exchange and multilateral inflows to enhance fiscal performance and channel real resources to enhance growth and employment in the medium term.

The shareholders need to feel confidence that their personal sacrifice through the debt exchange and the significant increase in public indebtedness are moving Enterprise Jamaica closer to the promised land of reduced debt, permanently lower interest rates, increased domestic investment, stronger growth and increased employment.

Relative to these expectations, we offer the following summary observations on the Budget:

1. The lack of clarity on the detail of the fiscal out-turn at end March 2010 is disappointing, as it severely restricts any capacity to assess the efficacy of projections being made for 2010-11.

2. The use of extraordinary means to meet end March 2010 fiscal targets may mean that we meet the 'letter' without meeting the 'spirit' of the law, and will raise questions about the sustainability of our capacity to meet even the 'letter' of the law.

3. For macroeconomic analysis, we reiterated the analysis of the execution of the debt exchange and the medium-term targets contained in the IMF agreement. There was no clarity on how we have built or intend to build on these foundations to lighten debt and grow.

4. To the extent that our March 2010 resort to extraordinary means that revenue has not performed, we need to be reassured analytically that it is either a matter of delayed impact or that administrative initiatives are consistent with revenue objectives. This is especially important in an economy that has been stagnant.

5. Payment arrears are relatively difficult to monitor unless there are formal complaints by unwilling creditors. Their existence, however, undermines the financial viability and capability of Government.

6. It was not clear whether the dividend from Bank of Jamaica was on the basis of cash surplus or accrued profit. To any extent that the profit out of which dividend is paid is based on unrealised revaluation gains, the payment of cash dividend by a central bank represents unmitigated inflationary creation of high-powered money.

7. The sale of Bank of Jamaica holdings of government securities is not a perfect substitute for government repaying advances to the central bank. The sale means that future interest will be paid to the private sector rather than to Bank of Jamaica, while Bank of Jamaica's capacity to earn income and pay for its open market operations will be compromised.

8. Bringing public enterprises under closer parliamentary scrutiny is superficially appealing but it demands more analysis of the expected operational nature and of the role of management and boards of these enterprises.

9. Any promise to pay public sector workers over time demands the support of clarity as to how this will be accomplished. For reasons of arrears settlement and debt management, there has to be clarity on how the macro-economy will operate to facilitate these objectives in the medium term.

10. The major deficiency of the budget presentation and discussion is the substantial avoidance of the economic growth issue. As we exchange stories of who grew the economy the least, we pay limited attention to what is to be done to escape from the cycle of negative growth. The Jamaican economy needs much more than the creation of an ideal framework at this time.

The Budget has not left the shareholders with the certainty that Enterprise Jamaica has been placed irrevocably on a path to resolve its endemic problems. Part of the problem is incomplete information. Another part is incomplete analysis and inadequate medium-term forecasting. We recognise the significant contributions of the debt exchange and the IMF agreement.

Ultimately, the debt exchange and the increased burden of multilateral debt shall all be in vain unless there is growth to support revenue buoyancy and the meeting of fiscal targets. We ought not to rely on the financiers and the consultants. Jamaica has to define its own blueprint for enhanced economic growth.

Colin F. Bullock is lecturer in the Department of Economics, UWI, Mona. Feedback may be sent to columns@gleanerjm.com.