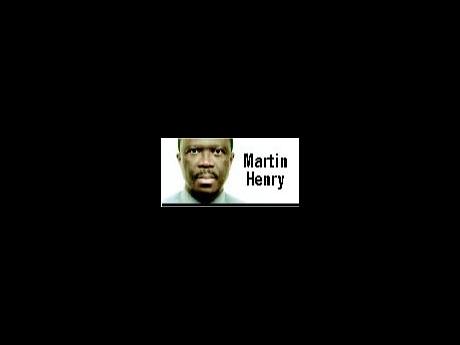 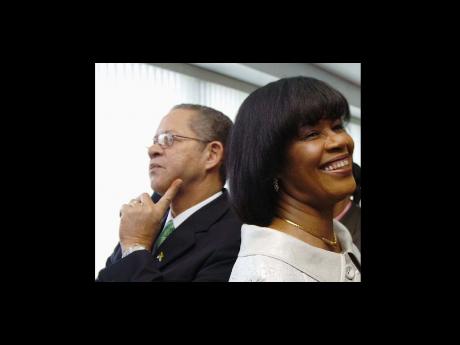 This year's Budget Debate, conducted between two middle-of-the-road, managerialist political parties forming Government and Opposition by a meagre margin of seats, was more respectful, collaborative and data-driven than many past. When you go past the posturing to voters somewhere out there, the political parties, Government and Opposition, are struggling more to find genuine points of disagreement than to agree.

The great pity is that the budgeting exercise is not one which fully engages the people's representatives at a point in the cycle where parliamentary debate can substantially affect the Budget. The prime minister's Freudian slip in saying the minister of finance and his team "deserve our respect and our condemnation" instead of saying 'commendation' has more truth to it than initially meets the eye. The prime minister implicitly acknowledged that the Budget (no different from previous ones) belongs to the minister of finance and his team of ministry technocrats; not to the executive collectively, and certainly not to the House of the people's representative.

There is also a good deal of truth in the prime minister's assertion that the minister of finance "has faced the most difficult task of any finance minister in the history of this country". Only two other periods in independent Jamaica can come close: the middle to the end of the 1970s when the treasury was empty, every macro-economic indicator was going south and the International Monetary Fund (IMF) had to be engaged for the first time; and the first couple of years of government after the 1980 election when serious "structural adjustments" had to be pursued on an empty treasury.

Jamaicans, by and large, understand the gravity of the situation and the narrowness of options, despite the little help received from large segments of the analyst class which would have us believe that the country's problems are of recent vintage and are particularly the products of the ineptitude of the current Government and especially its minister of finance.

The fighting factions, which, as I pointed out last week, are critical dangers to democracy itself, have been each largely disappointed in their allocations in a budget, which is less than the previous year's, a historically unprecedented circumstance. When pressed about what should be cut to give their faction more, there are few rational answers. Somehow the money must be found - but without more debt or taxation.

Virtually all the Budget Debate speakers, in some fashion, have called for more trust and consensus to move the country forward. There is a good deal of consensus but perhaps too little trust to recognise it.

The prime minister said: "We can and must find a way within our fiercely competitive democracy to recognise that the Jamaican flag must always fly above the party flag."

The leader of the Opposition said: "This is a nation that has proven that it is capable of rising to any occasion. It has the potential to unite and the ability to overcome. I call on the Jamaican people today to do both - to unite and to overcome ... together we can."

These calls could easily be marked down to the usual political platitudes if the situation to which Golding and Simpson Miller have both made significant contributions were not so dire. They should be regarded as traitors of the state should they not act on their "platitudes" of putting Jamaica first.

Dr Omar Davies in his presentation conceded that "there is no question that everyone in the country recognises that we are facing major challenges in manoeuvring our way through difficult times." He acknowledged the value of the JDX: "The Opposition had stated that it supports the exchange, from the perspective of reducing the debt-servicing burden of the country ... . The reality is that there will be a lower level of borrowing required this year, compared with last year." His leader, while setting out the negative impact of the JDX, nonetheless declared: "Let no one misunderstand me. The JDX seeks to provide much-needed fiscal space for the Government. We hope it is successful."

Dr Davies, like fish coming from river bottom, warned the Government against any further increases in taxation this financial year with a thinly veiled threat/prediction of civil unrest. Audley Shaw has committed to no new taxation beyond the increase in property tax rates. Should he break his word, he should expect the fulfillment of the Davies prophecy.

Both Government and Opposition agree on the need to eliminate the budgetary gap between expenditure and income. Both agree on the need for the IMF. Both are broadly in concord on tax reform. The Government is aggressively pushing privatisation; the Opposition did so while in Government. Their fierce arguments are vote-catching posturing over process and timing, not direction.

Crime is regarded as the single most serious problem faced by the country. It is imposing massive social and economic costs on the society, and has now assumed major diplomatic significance. Both Government and Opposition, and their leaders - both of whom are seasoned garrisonists - are in broad concord that crime reduction is an urgent national priority.

The leader of the Opposition said that "... our administration did not always achieve the desired targets in lowering the levels of violent crimes. (But) we believe that together we must find new approaches to this persistent plague.

"You can depend upon our word - we will not (continue to) make crime a political football. Our word is our bond. We commit to an open and objective partnership with the Government so that, collectively and on the people's behalf, we can finally forge an alliance of all law-abiding citizens and entities to restore safety and security across all communities of this land."

The prime minister, on his part, while addressing crime in his 'positioning for growth' speech, emphasised that "the leader of the Opposition has called for a partnership in tackling what is our most serious national problem. Naturally, we welcome that commitment".

Both sides acknowledge that the justice system, which the prime minister described as "an integral part of the crime-fighting equation", faces deep problems with hundreds of thousands of backlog cases and serious resource needs. They are agreed on fighting corruption. They are agreed on strengthening Parliament to effectively carry out its duties of governance. The leader of the Opposition said in reference to the prime minister's inauguration call for "a strong Parliament and more effective representation": "This is the time for the real strengthening of Parliament. The Parliament must become the place for solutions to the country's critical and urgent problems. This is a time to be inclusive, not exclusive." To which the honourable prime minister has, essentially, said 'Amen'.

Portia Simpson Miller has recommended, without any objection, that "Parliament sets aside two or three days every quarter to focus like a laser beam on critical national issues. We should be able to identify the obstacles in the way of our people's development. It will enable us to find solutions". (The tribal politics has been one of the biggest obstacles and both sides are indicating that they are tired of it.)

Last year, the Government pledged 20 per cent of the SCT on fuel for the Road Maintenance Fund. The Opposition did not oppose and Dr Davies has been correctly demanding audit statements of inflow and outflow from the fund.

Where is the disagreement on the six key issues in the Partnership for Transformation proposed by the current prime minister: rule of law, tax reform, fiscal discipline, job creation, education and training, and building trust?

Both leader of the Opposition and prime minister have spoken eloquently, indeed passionately, on a born-again time, transforming the dysfunctional social order and the need for national consensus. May they never be called "ole hypocrites".

Having set out the elements which, in his view, are essential for "Building the foundation for Jamaican prosperity", the minister of finance in his closing contribution to the Budget Debate noted that "in the contributions to this debate, there have been no serious challenges to these building blocks. The comments and criticisms have been as to form and not substance".

I have chosen my consensus examples very carefully: Debt, taxation, crime, justice, Parliament and elements of infrastructure. I am emphasising the non-negotiable core functions of Government in any political economy - security, including the cornerstones of economic security, like currency, inflation, debt management, justice, law and order and public infrastructure. As important - and now as dominant - as the multitudinous social and economic services roles of government are, they are secondary and cannot flourish if the primary things are not properly attended to.

Most of the Budget Debate inside and outside the Parliament is about which sector gets what, while the general public interest of all citizens gets underplayed. But, on the fundamentals, the Government and Opposition, as the Budget speeches demonstrated, have achieved a high degree of consensus as a platform for collaborative action in the broad national interest, though this might be obscured from them and, indeed, from Jamaica at large, by the dust cloud created by dutty politics rumbling through the land on ramshackle roads.