Not changing course ... for now 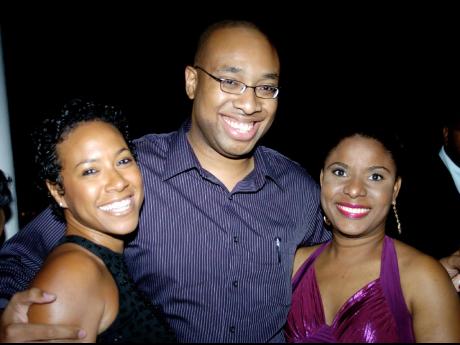 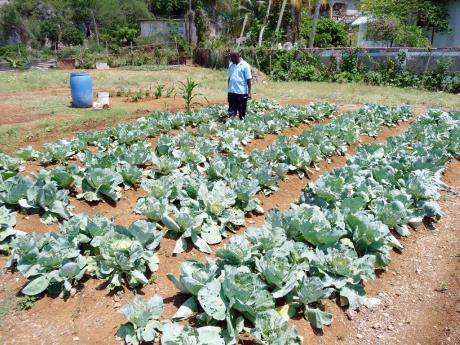 Agriculture is experiencing a rebound. - File
1
2

Waking up every morning to sensational news headlines in the print and electronic media in Jamaica is terribly depressing, to say the least. 'Bad' news is the order of the day and one doesn't seem to get any breathing space anymore. The daily diet of local sensational news stories has, in my mind, intensified the sense of gloom and doom that has pervaded the minds of too many Jamaicans. People have become annoyingly sceptical and depressing. I am certain that not many people are jockeying to be prime minister of Jamaica. It is simply too overwhelming.

But are things as bad as they seem? Is this Government 'salt' as some people say? Does the Government have a clue as to what the dickens they are doing? The answer is an emphatic NO to the first two questions and YES to the latter. Allow me to explain.

The ruling Jamaica Labour Party government, led by Bruce Golding, knew from the get-go that they were inheriting a 'basket case' of a country upon narrowly winning the September 2007 poll. Its Manifesto captured many of the problems and put forward prescriptions to address them one by one.

In September 2007, the JLP took charge of an economy that hadn't recorded more than three per cent growth in any year for a decade and a half. A national debt approaching $1 trillion and a pulverised economic base that depended heavily on a handful of traditional sectors, but also hustling, high interest rate government securities and suspect alternative investment schemes was reality.

Coupled with this largely stagnant and precarious economic environment are an astronomically high crime and more so murder rate, a failing education system, a largely untrained and qualifications-less labour force, a rickety criminal justice system, rampant corruption, a bloated public sector (many of whom are good people) and a highly unruly society, among other dilemmas.

Despite the narrow victory, many Jamaicans felt a sense of relief for the change of government. The People's National Party's incredible and unprecedented 18-and-half-year-run failed, in the minds of many, to address many of Jamaica's most pressing problems. While progress was made in respect to the development of major roadways, investments in tourism and the reduction in confrontational and tribal politics, the country back-pedalled heavily on corruption, lawlessness, human rights, the criminal justice system and holistic economic development.

As soon as the new administration stepped in with newness and change on their minds notable achievements were made. This included the implementation of tuition-free education up to the secondary level, the abolition of user fees in public hospitals, the Constituency Development Fund, Spruce Up Jamaica, and the list goes on. Manifesto promises were being implemented in record time.

However, harsh realities began to set in. As if there were not more than a kitchen full of challenges, the toilet started overflowing and the faucet on the wash basin sprung a leak. In almost quick succession the Government ran into an even worst economic situation than they had previously assumed. An additional $16 billion in deficit was 'discovered'.

All this had to be tackled by the Government while simultaneously cleaning up the devastation in some areas wrought by Hurricane Dean, which hit a few weeks prior to the election. In the months preceding the election victory, the country got knocked by floods, a food crisis, an international oil price crisis and then a massive global economic crisis, the worst since the Great Depression in the late 1920s.

Economy in a state of shock

These and other events threw an already structurally unsound and pulverised economy into a state of shock. Further yet, it precipitated the shutdown of much of the bauxite industry (Jamaica's third-largest earner of foreign exchange) coupled with a downturn in remittances, exports, local business activity and a levelling off of tourism revenues. All mixed in with the added implosion of the alternative investment schemes that thousands of poor, middle-class and affluent Jamaicans alike poured money into, and a series of unnecessarily distracting by-elections.

Fortunately, in all bad comes some good. The Government moved steadfastly into an urgently needed standby arrangement with the International Monetary Fund for balance of payments support which opened the door for access to low interest loans from multilateral financial institutions. This also came with a much-needed debt operation that saw expensive government-issued debt being replaced for lower interest rate securities and longer maturities, aptly named the Jamaica Debt Exchange.

Out of this we now see interest rates at 24-year lows and a stabilised economy with inflation and the exchange rate in check; albeit in a contracting economic environment, it is good news nonetheless. Even more good news is word of massive investments on stream, the rationalisation of the public sector, a revival in mining, trend-bucking and record-breaking performance in tourism, the agriculture revolution, a coming energy revolution and a sense of new life emerging in other sectors.

A cursory glance at the IMF's letter of intent shows clearly that Jamaica will be in for a rough ride for some time to come.

For us, real and fundamental change for the better cannot occur without pain or the proverbial 'bitter pill'.

If you cut away all the controversial, 'TMZ'-like or sensational/ 'tabloidish' diet of news, you will quickly realise that Mr Golding and his administration are well on track.

Ain't no changing of that course for now.

Delano Seiveright is president of Generation 2000 (G2K), the young professional affiliate of the Jamaica Labour Party.