A fi we own disgrace 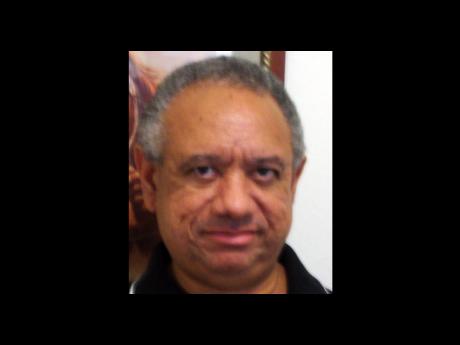 In a desperate attempt to keep Jamaica's first politically appointed president in power, his Government has fired another weapon of mass distraction (WMD).  Its use of Harold Brady as a WMD having failed to find any intelligent target, the latest salvo comes in the shape of a lawsuit filed by a private lawyer (Greg Christie, where are you?) on behalf of the attorney general of Jamaica as claimant.

Among the seven "rights" of the attorney general that the Supreme Court of Judicature of Jamaica is being asked to establish includes a declaration that "where the minister is of the opinion" that the USA has breached the extradition treaty in asking for the President (or 'Presi'), she is "under a duty" to deny the request.

So, our court is being asked to permit ministers of 'justice' to refuse to assist in the fight against transnational organised crime once they are "of the opinion" that there is a treaty breach. It matters not if there is in fact a breach or whether or not the minister is sincere in her 'opinion'. If her political imperatives drive her to a very subjective and very wrong 'opinion', she has asked our judges to say that she is "under a duty" (that is to say, obliged, duty bound, mandated) to refuse the request and ensure that no court has the opportunity to produce an alternative 'opinion'.

All I can say is somebody must be high! I feel myself drifting back into Apochrypha where Attorney General Alice (the strange little girl with a vivid imagination) is surrounded by looking glasses; March hares; and white rabbits in an awful hurry. But it gets better. These 'rights' are to be declared by the Supreme Court in the absence of a single allegation that anyone has interfered with these so-called 'rights' or that any of these 'rights' are even under threat. And guess who are the persons sued as defendants? Bear in mind that defendants are usually, once one hasn't fallen down a rabbit hole, persons who have somehow wronged the claimant in a tangible way and against whom the Supreme Court is asked to remedy that wrong done (or about to be done) whether by declaration or otherwise.

So who has our esteemed attorney general sued for a declaration that (essentially) she is correct not to assist in Presi's extradition? Who will fight against Alice in her madcap ramble through Wonderland? Well, the first defendant is (are you sitting down?) one Christopher Michael Coke!Yes, stop cleaning your glasses, you read it right the first time. In seeking approval not to extradite Presi, Alice has sued Presi himself. Now there's a legal battle worth going miles to see.

The second defendant is the Private Sector Organisation of Jamaica (PSOJ). It's "wrong", according to Alice, in that "it seeks to influence national policy issues ... and has issued a public statement which questioned the right or authority of the minister to decline the said extradition request." Well, blow me down! Skewer me with a Japanese spanner! Have we now reached the stage in Jamaica where all we have to do to get sued; to be put to the expense of lawyers and the harassment and inconvenience of our so-called system of justice; to drop our business interests and focus on a bogus, sham lawsuit; is to issue a press release? If this continues, letters to the editor will soon dry up as all one needs do to be sued is express an opinion publicly with which the presi's government disagrees.

"We de people waan fi know just where we going. Right now we hands are tied - tied behind we backs while certain people if and butting. Where do we stand?"

The Government of Jamaica (GOJ) is using every trick in the book to avoid its obligations under a Mutual Assistance Treaty and an extradition treaty designed to combat transnational crime and to reduce the effects of the hard-drugs trade and gunrunning on all world citizens.

The provisions of the Mutual Assistance Treaty permitting a requested state to seek further information were clearly and unambiguously crafted to allow the requested state to seek assistance in locating and extraditing the alleged offender and not to go on a fishing expedition designed to try to avoid the extradition or which has the potential to endanger witnesses. However, this Government has used the provisions of the Mutual Assistance Treaty as if it were in fact a mutual hostility treaty seeking information to enable it to refuse the extradition and to pursue and prosecute a member of the local constabulary whose actions were obviously designed and intended to fight transnational crime. What is the GOJ up to?

"Violence and crime is commonplace within these said times. No man walk free. Prophecy come closer to fulfilment inna dis ya dread times. Why should this be?"

Under the USA laws that founded these indictments, the US prosecutors can convict 'Presi' without using one single telephone tape once the evidence of the alleged co-conspirators stand up to cross-examination. Will it? If the GOJ has its way, we'll never know!"Can't build no foundation pon a if and a but. Are we building a nation or are we building a hut?"

And our government - for the people (ALL the people) - while protecting 'Presi' to the nth degree, sits quietly by while Peter Phillips is condemned to death by graffiti without a single word of rebuke to any of its supporters who might have started or been tempted to join the campaign.

"And every time you ask fi some old friend, you hear sey jus' las' night him meet a sad, sad end. And if you talk too loud. And if you walk too proud. Watch where you lay you head for out deh dread, well dread!"

A grand jury in the US has heard all the evidence and indicted 'Presi' for trial. Why are we now going behind this indictment to put our own political spin on the evidence the grand jury already heard? Of what are WE afraid? While 'Alice' attends a mad tea party having no connection to the Republicans but hosted in Apochrypha by March Hare, Bruceontheloose, Dare el Hatter and Doug Lays Down, the sleeping Dormouse, her navigator's broad smile floating somewhere in the ethos is all that's visible of his directions to the gathering, the rest of his body remains unavailable for travel.

I encourage all Jamaicans to listen carefully to the wise words of one of Jamaica's finest modern musical prophets - the great Glenroy Michael Archangelo Smith (aka Ernie). Take heed before it's too late.

"Can't build no dream pon a fuss and a fight.Me no care who a do it Jah sey dat no right. And as we fight one anodderfi de power and de glory, Jah kingdom goes to waste. And every drop of blood we taste a fi we own disgrace, yeah. A fi we own disgrace ..."

Gordon Robinson is attorney-at-law. Feedback may be sent to columns@gleanerjm.com