'Putta' settles in back home 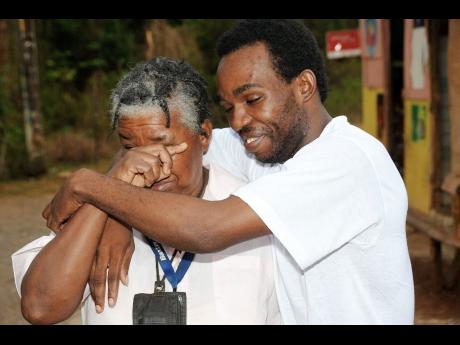 Paulette Thompson is overcome with emotion as her son Damion Thompson, who was hours earlier released from prison, embraces her. - Photos by Ian Allen/Photographer 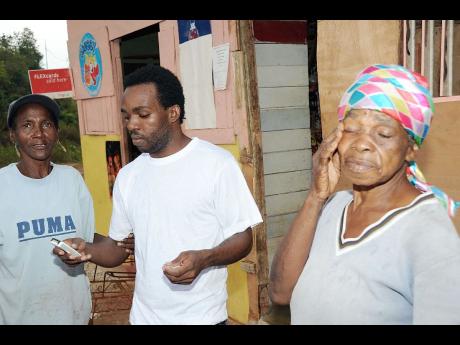 Damion Thompson, outside his mother's shop, is flanked by two neighbours who are overwhelmed by his return home. 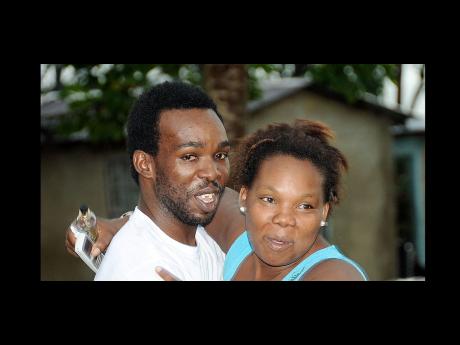 Damion's sister, Paulette Thompson, who journeyed several times from St Elizabeth to Kingston to visit her brother in the Tower Street prison, gives him a welcoming embrace.
1
2
3

Three weeks ago, The Sunday Gleaner followed Damion 'Putta' Thompson from the Tower Street Adult Correctional Centre, Kingston, to his home in Carisbrook, St Elizabeth, where he reunited with his family. Thompson was one of 16 persons released under the Easter 2010 Food For the Poor prisoner release programme. We catch up with 'Putta', back into the rhythm of life outside prison walls.

Damion 'Putta' Thompson had said he would burn the clothes he was wearing on the day of his surprise release from prison, the act apparently as much a symbol of his leaving prison behind as a statement of his intention never to return. And he did, not right after returning home to a tearful, joyous reception, but much more recently.

"Me burn everything. Dem deh cyaa wear again. Them a go salt me up," Thompson told The Sunday Gleaner.

It was not only the flames of literal fire that lit up his return to life on 'the outside'; Putta also scorched the dance floor - well, the road outside his mother's shop where The Sunday Gleaner witnessed his re-entry into the community. It rained against the weather pattern on the day Thompson returned home, and two Saturdays ago, there was a deluge just before a welcome-home session with Crown Star sound system was held for him. "Me dance 'til me wet!" Thompson said.

It was not his first 'out of prison' party, as Thompson spent four days in Mandeville, Manchester, celebrating his freedom. Now he spends his days at the 'Fade Away' barber salon in Maggotty, a business with his cousin Leroy Pate, who had kept it going during Putta's incarceration. A haircut costs $350 and a shave $250, women also coming in to do things like line up their eyebrows. Thompson sums up his life: "Me jus' gwaan trim an easy same way an' dance".

He went to the Church of God in his community on the Sunday after he returned home, but laughs as he says he did not eat anything on the release day. "Me never eat nutten the way me belly full how me glad fe see them," he said.

"Everybody glad fe see me an' sey me no fe get meself in no more trouble," he said. He says his former cellmates are also happy for him, and when he made contact with them "a pure laugh dem a laugh an dem ting deh".

Thompson has seen the person he had the altercation with, which led to his three-month prison stint, but there has been no conversation.

"We no reason. Me jus' avoid him," Thompson said. He now has a different attitude towards conflict. "When dem a talk me jus' avoid dem an no hear wha dem a sey. Me no inna no lick ting and ting. Prison rough! Wha!" Putta exclaimed.