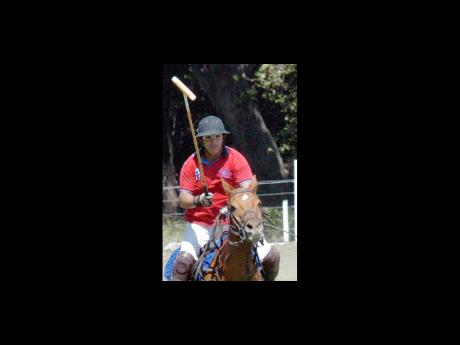 In the first semi-final, Bin 26 clipped team Pegasus (All-Jamaica) 4 1/2 to 4 goals to advance. After a ding-dong tussle, Bin 26 squeezed home by their half-goal handicap with captain Alexander Melville getting two goals, his brother Mark Melville one and the highly rated Argentinean Tomas Gandara, one. The fourth member of the winning team was Ricky Wates.

In the second semi-final also played at the Caymanas Estates, the Strawberry Hill team, captained by Raymond 'Mitta' Rousseau and including the top-ranked Argentineans Jorge Donovan and Juan Humbert, defeated the James Robertson-led Scotia Client Group team 7 1/2 to five goals.

It was very close between the two teams in the last of the four chukkas, before Humbert hit a field goal and Donovan converted a 30-yard penalty in the closing stages to seal the issue. The other member of the Strawberry Hill team was young Jonathon Dougall, a zero handicapper.

Today's final at 3:30 p.m. will be preceded by the subsidiary final at 2:00 between team Pegasus and the Scotia team. Presentation of trophies and prizes will follow the final, as well as a party.

The round robin format was abandoned after bad weather prevented play on Tuesday. The Caymanas Estates polo field was in a bad state following heavy rains last Sunday.

This forced the organisers to revamp the tournament with play embracing two days, the semis on the first day and the final on the next.