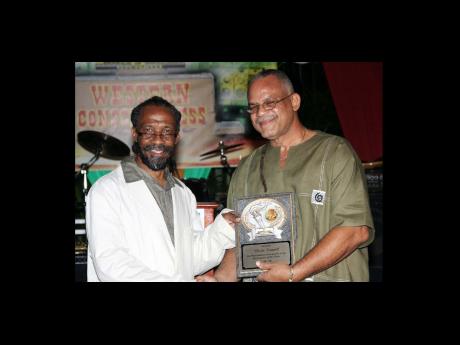 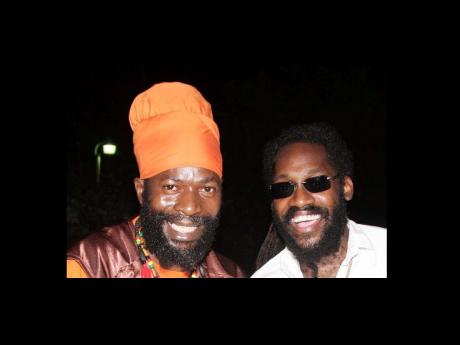 Capleton and Tarrus Riley at the launch of Western Consciousness.
1
2

"I am not Martin Luther King, but I am Worrell King, so the light is there. This King is seeing the light at the end of the tunnel. That makes me joyful," he told those gathered in the gardens of The Jamaica Pegasus hotel, New Kingston. "The light I am seeing is the changes in the music industry."

King noted that it may not be the huge change that he would like to see "but it is coming - gradually, slowly, it is coming".

King said,"I am seeing and hearing a new breed, a new crop of artistes. They might not be saying the things that Bob, Peter, Bunny and all the musical heroes say, but they are saying some things. They are cooking. I am getting some cooked food. I am not getting the raw food that some people have given us."

King referred to a Reggae Report magazine from 1989, before he had dreadlocks, citing the story to show that he has long been holding to his musical beliefs.

"So it's not a fly-by-night thing or we a try make up something. We have been doing it for years, with blood, sweat and tears. Me cry nuff time when me see what we are doing in such a positive way not being accepted," he said.

There are a number of initiatives for Western Consciousness this year, among them school visits to Godfrey Stewart and Petersfield High, which Tarrus Riley has already agreed to do. There is also a Western Consciousness clothing line, in association with Lion Heart (formerly Miguel's designs).

On an evening when the music and speeches alternated, Omega Element band, Jahvante and Turbulence among the former and Rev Canon Perrin the latter, the Broadcasting Commission's Cordel Green spoke to matters of sponsorship and the support of corporate Jamaica which is needed to effect change for the better.

Awards were announced for Elise Kelly of IRIE FM, Charles Campbell of the Jamaica Reggae Industry Association (JARIA) and Freddie McGregor, Chino collecting for his father Freddie. Kelly was also not present to collect her award.

Campbell mentioned his sole previous award, "and I had to go to Africa to get it."

"I feel like a young artiste. I have goosebumps," Campbell said. He spoke about young - or relatively young - artistes in another sense as well, saying that "the artistes of today don't get the education that people like Don Drummond and Cedric Brooks got". With that void, they refer to what they see around them, although Campbell made it clear that he is not apologising for any of the lyrics.

"The challenge in the industry is to unite and speak as one voice," Campbell said, noting that is the reason for JARIA's establishment.