THE VOICE : Today's generation has lost the art of 'sweet talk' 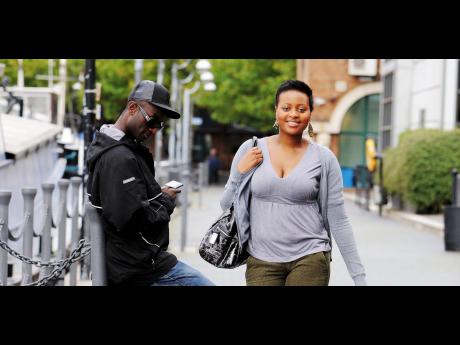 For the last three years, 84-year-old Windrush pioneer, Sam King, has travelled 15 miles from Herne Hill to Bexley Heath in south London bearing a bunch of flowers for a woman who no longer recognises him.

Like the character, Noah Calhoun, in the best-selling novel and Hollywood film, The Notebook, King is determined to show how much he loves his wife of 26 years, Myrtle, even if severe dementia has meant she now lives in a nursing home and sees, but often rejects him as a stranger.

"I take flowers for her every Thursday. I let her know that I am thinking about her when I am not there," said King, who cared for his wife, a Jamaican-born former teacher, before illness and a pacemaker stopped him. The flowers he carries include daffodils, roses and fuchsias. "Fuschias are her favourites," he added. "She planted our backyard all over with Fuschias."

King, who came to the United Kingdom aboard the famous Empire Windrush in 1948, says he wants more modern young black men to give that kind of love to women, but he believes too many young men don't know how to properly court a woman.

"You must fear God and respect your mother and respect the woman. You must love other people before yourself," said King, an aircraft engineer who served in the Royal Air Force during World War II and later became Southwark's first black mayor.

But King says he is concerned because he often sees young men who "are too aggressive. They are too much for themselves. They are going wrong because they are killing their neighbours and they are not humble".

He adds: "They see a girl at a dance hall or a community thing, and they think right away that the girl must listen to them or go their way. They don't sweet-talk, and women like you to let them think that they are the only one in the world who is special."

"If they were Christian-based more, they would love their neighbour as themselves. Honesty is also key. You must be honest with yourself and honest with her from day one."

King, who was recently honoured with a blue plaque, said in his day, courting was different, where men dressed smartly and respectfully approached a woman - armed with sweet talk and respect and, yes, often a bouquet of flowers.

"I would not just be flippant about it. You must have pride," King said. "If I am going out dating I would carry flowers, yes. Not chocolates. Women don't like chocolates much because they really don't want to get fat!" he said laughing.

"And don't think you are going to use somebody because you think you are smart and all that. You have sisters and all that, so don't. There was a man in my village who said, 'Sam, God sees high and God sees low' and that carried me through all the time. I remember that it is not just what I see and do, it is what somebody above is seeing as well."

He also lamented what he sees as too many young men coming to the table with nothing to offer. "You must have some knowledge but a large number of them just go out and they don't learn anything," said King, who spent two years at night school to earn qualifications in building construction and later studied theology after he retired. "I could contribute something but a good amount of them have no less ability and no pride. They can now go and learn something. To me, to be born here and don't have at least two skills, that's very stupid."

Women do you think the art of sweet talk has died? Let us educate our men on how to approach us. Let us know at: lifestyle@gleanerjm.com