Localspice: growing Jamaica one pouch at a time 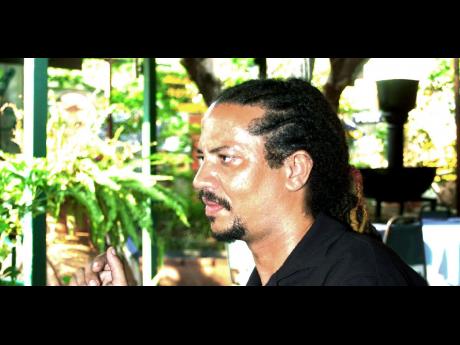 Marlon is confident that their product will do well. 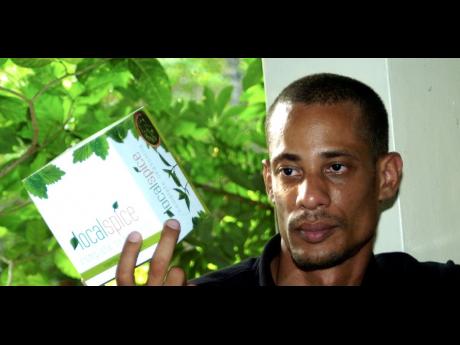 Marvin Stuart is proud that the product is 100 per cent Jamaican. 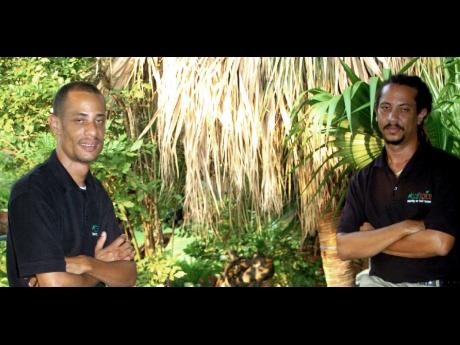 Marvin (left) and Marlon Stuart are on a mission to grow Jamaica one pouch at a time.- Photos by Winston Sill/Freelance Photographer
1
2
3

Fraternal twins Marvin and Marlon Stuart are on a mission to grow Jamaica, one pouch at a time. While there may be conflicting reports about who is older, there is no conflict about what they hope to achieve with their localspice Complete Seasoning.

A paste of allspice, scallion, hot pepper, salt, thyme and black pepper, one pouch takes care of all your seasoning needs whether you are cooking fish, chicken, pork or beef. Marvin notes the product is for "people like us, the average person who comes home from work and has to cook for the family. It is to make life easier."

When Marvin was about to get married eight years ago, he and his bride-to-be wanted to do something different for their wedding guests gifts. They came up with the idea of a sachet of seasoning listing the ingredients as love, happiness etc. After the wedding, persons kept asking them where they could purchase it.

So in January this year, when he became tired of working in the corporate world, he called his brother Marlon. They knew they wanted to manufacture something but it had to be a product that was recognised globally and had to support Jamaica.

His wedding came to mind and after numerous phone calls and emails, localspice was born.

The brothers pride themselves on their product being 100 per cent Jamaican. The ingredients are bought from local farmers, the box is made, printed and the seasoning packaged in Jamaica. "It is made in Jamaica and will never be outsourced," Marvin notes emphatically. The duo is confident about the future success of their product. "Everything is achievable with hard work. You have to think I'm faster, and better then everybody else going into that market. Everything is Usainable," notes Marvin, the mouthpiece of the two.

Growing up in a family business, they always knew they wanted to help Jamaica. Now they are challenging local farmers that they will buy what they produce and even make a downpayment on the quantity to show their commitment.

Currently available in only 26 stores in Jamaica, they have been told by local stores that their product is too new. However, in the past week it has achieved traction in the overseas market after it was endorsed by and earned rave reviews from Phil Lambert, one of America's leading consumer trend-watchers and analysts. Lambert rates new products on his weekly programme New Product Hits and Misses, which was featured on ABC News Now on Thursday, April 8.

"The only way our product will go down is if people stop eating. It's not seasonal, it's everyday and we want to be a Jamaican brand that is globally recognised, that they (Jamaicans) are proud of."

Eat what you grow

Along with localspice, Marvin's baby project is A Gift of Growth. With the belief that the only way poverty can be alleviated in Jamaica is if we eat what we grow. He has three million parcels of scotch bonnet seeds which he intends to hand out to every Jamaican, beginning in schools over the next two years. "This is my little baby," he notes recalling the excitement of his children when they recently participated in a similar project. "It's about children taking it home and spending time with their parents to plant it. That is priceless, and I want to share that excitement with my children and with Jamaica. Then, it's to the Caribbean, a gift from Jamaica then to the world."