The Gavel - Government not ready to tackle crime 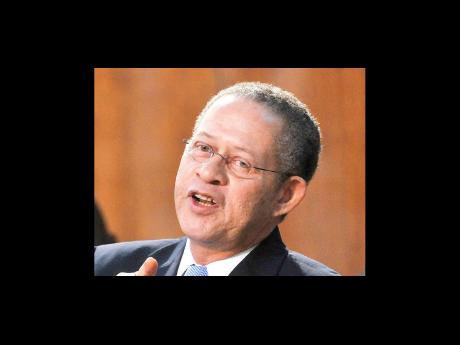 It has become abundantly clear that the Government is absolutely clueless about finding solutions to crime.

Having listened to the chief servant, Prime Minister Bruce Golding in Parliament last week, we are left to feel that we are on the Titanic - waiting to live, waiting to die.

With more than 500 Jamaicans murdered since the start of the year, our prime minister seems to be suggesting that our best hope is for us as a people to surrender our right and hope for the best.

He still seems to think that the anti-crime bills before Parliament are somewhat of a silver bullet and that their implementation will be to the benefit of law enforcement.

But The Gavel would be devastated if the parliamentary Opposition backs away from its position that the anti-crime bills are unjust. Those anti-crime bills, we believe, are nothing but a ripe area for criminologists looking at legislative mistakes.

El Salvador has already admitted that its anti-gang laws were big mistakes. They had experimented with tough policing against youths and strong anti-gang legislation and found that it led to increasing levels of serious crimes.

We understand the prime minister's anxiety to get the nation settled. We understand why he would appeal to the gallery to say he is going to jail all gunmen and murderers and let them know that they cannot hold the ship of state at ransom, hence the reason for his draconian crime bills.

However, a fundamental issue that is not captured by the crime bills is the presumption of innocence. In fact, these bills are proposing, in one instance, that once a person who is on bail for a certain kind a crime is accused of committing another serious act, his chances of making bail again should be slim. This is nothing shy of nonsense.

In all of the discussions, Golding and his guys have consistently said that the record indicates that several persons accused of major crimes were on bail at the time they were alleged to have committed the second offence. However, what is missing from the discussion is the corresponding set of statistics as to the reason these persons were offered bail in the first instance.

Even without the facts to support us on this point, The Gavel believes that, as is the case throughout the entire criminal justice system, judges are forced to offer bail because the prosecution is not ready to proceed.

Now, just imagine taking any Jamaican off the street, accuse him of a crime and stuff him into an overcrowded lock-up and keep him there for up to 60 days while the State, with all its resources, determine if a case has been made out again him strong enough for conviction in a criminal court.

We need no criminologist to tell us that the man, who is innocent of the charges and has been denied his rights because of these anti-crime bills, would turn against the state. And that another man, who may have committed the crime but because of the shoddy investigation done by the police, is freed, will be glorified as having triumphed over Babylon.

Before we get to the stage of lock up and throw away keys, there are many areas of our criminal justice system that first have to be improved. It is for this reason that we are saddened that Golding has neither identified these areas, nor has he given us reason to hope.

However, we have not seen anything from the prime minister, which suggests he is serious about tackling the issue head on.

Long before he became Prime Minister, Golding acknowledged that garrisons were fertile ground for the breeding of criminals. So convinced he was about it that his party's manifesto said a Jamaica Labour Party government would de-garrisonise communities. It has not happened and these communities have spawned little 'shottas' who now terrorise the country.

We were hoping that the prime minister would have used his budget presentation to illustrate that he is committed to taking the profit, fame and style out of criminality.

We were hoping to hear of a real strategy to crush criminal networks and organised crime. What we got was nothing.

Perhaps this anti-crime strategy is still being worked out and the national security minister, Dwight Nelson, will speak about it whenever he makes his state of the nation address in the Senate. We have no idea when that will be or what will be contained therein. We just have to wait; wait to live, wait to die.