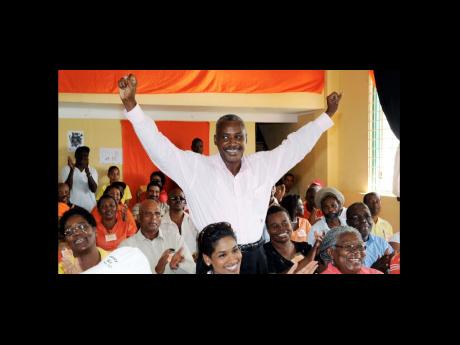 The People's National Party (PNP) has announced the establishment of its integrity commission which is to be chaired by Bishop W. A. Blair.  PNP President Portia Simpson Miller told the party's National Executive Council yesterday that the party was determined to fight corruption of all forms.

"I take the integrity of the party very seriously," Simpson Miller said as she announced the composition of the commission.

Former public servants Daisy Coke and Cedric McCalla will be the other two non-PNP members on the five-member commission.

Fred Hamaty, who served the PNP as senator, and Burchell Whiteman, a former party general secretary and minister of government, are the other members of the commission.

PNP members K.D. Knight, Trevor Munroe and Dr Omar Davies were responsible for the establishment of the framework for its integrity commission.

Yesterday, Simpson Miller said the commission was very important to the party.

"I want to ensure we take pride in what is being achieved by this noble movement and that all our candidates, all our officials can stand the scrutiny of time," she said.

When the PNP was voted out of office after 18 years in 2007, many Jamaicans had said they believed members of the party to be corrupt.

A subsequent internal appraisal of the party's performance in those elections found that the perception of corruption contributed to the party's defeat at the polls.