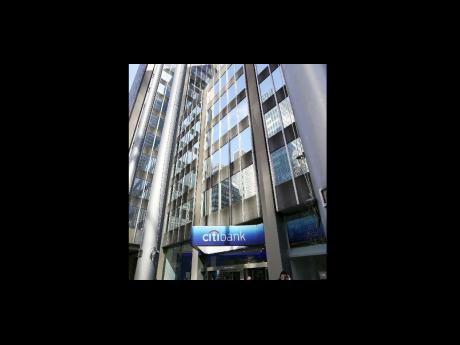 The United States Treasury Department said Monday that it plans to sell up to 1.5 billion shares of Citigroup stock, its latest move to unwind the support it provided big banks during the financial crisis.

The sales would amount to about 20 per cent of the 7.7 billion shares of Citigroup common stock that the government owns.

It received the shares as compensation for the massive support it extended to the bank during the height of the financial crisis in late 2008.

In a statement Monday, Treasury said it planned to proceed with the sales of the Citigroup common stock "in an orderly fashion under a pre-arranged trading plan with Morgan Stanley, Treasury's sales agent."

Treasury did not disclose in its brief announcement exactly when the initial stock sales would begin or how long the sales would last. In a separate filing with the Securities and Exchange Commission, the company said it would report quarterly on the number of shares sold.

Other large banks such as Bank of America Corp, JPMorgan Chase & Company and Wells Fargo have repaid the money Treasury provided them under the US$700 billion Troubled Asset Relief Program, or TARP.

The sales of Citigroup shares should earn a tidy profit for the government, which purchased the common stock in the summer of 2009 at a share price of US$3.25 a share. Citigroup shares fell 15 cents, or 3.1 per cent, to US$4.71 in morning trading Monday.

At the moment, the Treasury owns 27 per cent of the company in return for an investment of US$25 billion.

Treasury had announced last month that it would soon begin sales of its Citigroup stock and planned to sell the shares over the course of this year.

Citi, one of the hardest-hit banks during the financial crisis and Great Recession, received a total of US$45 billion in bailout money. That was one of the largest rescues under the government's US$700 billion bailout fund, known as the Troubled Asset Relief Program.

Of the US$45 billion, US$25 billion was converted to a government ownership stake in Citi last summer and the bank repaid the other $20 billion in December.