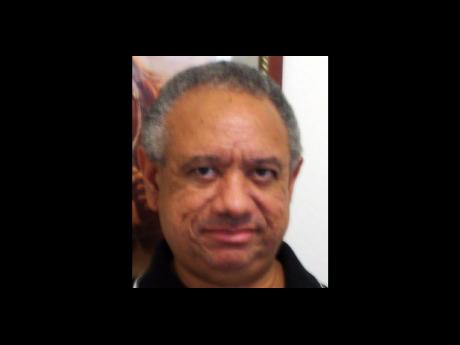 One Friday night, the domino game went on into the wee hours. At 1:30 a.m., I gave up "No mas!" I begged, "I'm dead beat." Instantaneously, two new players arrived demanding a game. Autry, anticipating easy pickings, was anxious to oblige. "I'm too tired," I said. "Stop being a sissy," was Autry's retort, "stick your head under the pipe and wake up!!"

With that, he escorted me to the nearby basin, turned the tap on full and literally stuck my head under it. The cascading cold water quickly woke me up and we went on to add to our already burgeoning bankroll.

Recently, I've recalled that night with warm and fuzzy feelings. Were we to try that trick today, the only result would be a hissing noise, as nothing but air would leave the pipe. Nowadays, our schedules are dictated by the brief interludes of water in our pipes. Most south-coast residents are now involuntary members of "the voiceless majority" demographic for whom this experience is almost a birthright and must now abandon hope of the four morning 'S's" nature intended.

This so-called "water crisis" is another example of governmental neglect and incompetence. There's no water crisis - there's a crisis of water harvesting and distribution which governments have persistently ignored. It's common knowledge that areas of the south coast (especially Liguanea and Pedro Plains) are rain shadow areas, yet the major catchments are in the south/south-east. A simple rationalisation of water resources to harness and redistribute the overabundance in areas along the north/east coasts is what's needed.

"All day I face the barren waste

Old Dan and I

and souls that cry

The nights are cool

and I'm a fool

each star's a pool

But with the dawn

And so, in Apochry-pha, O. Ras Chang was appointed the first Chinese Rastafarian Minister of Water lock-offs. The people called his name in daily frustration. "O Ras!" they cried, "no water again?" Finally, O Ras announced he would recommission closed down wells and all would be well(s). Well, months later, all's not well - neither in Apochrypha nor Jamaica.

But the reason for the original decommissioning - contamination - was a direct consequence of our perennially backward building policies and lax attitude to solid-waste disposal. In densely populated areas, the protection of our underground and surface water from contamination has not been a priority.

Consequently, O Ras whistles in the wind as these wells can't be recommissioned without expensive treatment plants which, in any event, don't produce potable water.

don't you listen to him Dan,

he's a devil not a man

and he spreads the burnin' sand

where the waters runnin' free

and it's waiting there for me

No one can to drive for two hours in a straight line without drowning but there's no water in our homes? Anyone ever heard of desalination plants?

Since Mona Reservoir was built, the Corporate Area population has tripled but nothing's been done about the increased water collection and distribution needs. And don't get me started on water distribution. Did you know that 72 per cent of the water distributed by the NWC to us leaks away from rotten underground pipes? Are new pipes available? Would laying new NWC pipes inconvenience the entrepreneurial spirit of our latest breed of higglers who truck water (from where?) to residents for a fee?

Recently, I was on my irregular morning walk when I noticed a fire hydrant on the Hope Road/Hillcrest Avenue corner gushing like a Roman Catholic priest with a new altar boy. Once home, I asked Old B.C. to report it. When she called NWC, she was asked: "What's the lot number?" She didn't know. How many Hope Road/Hillcrest Avenue corners are there? NWC wouldn't take the report without a lot number. Egad!!

Yet, we can't take a regular shower or fill our water tanks without threat of criminal sanction. Recently, I made my lifetime debut with the "bucket bath". I'd no idea how it's done and had to ask Old B.C.'s help. While I'm sure that was a thrill for her, it's not good marital policy to permit that much excitement too often. It could lead to God knows how many inconvenient (at my age) expectations.