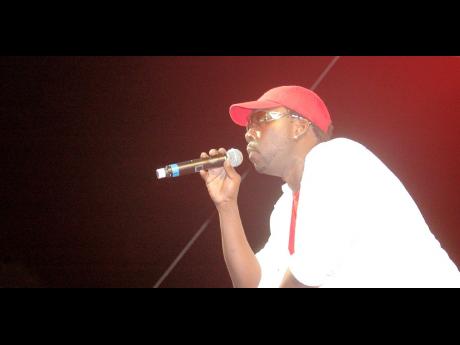 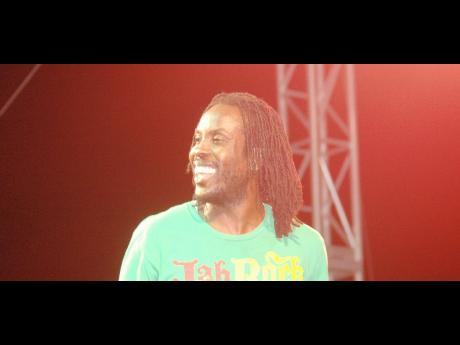 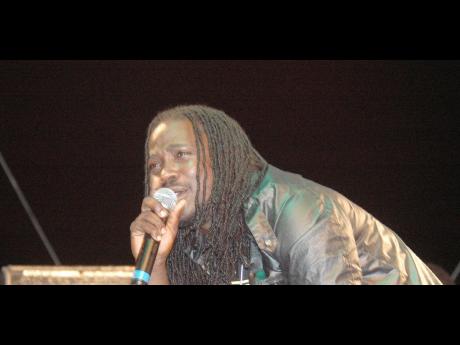 While most of the top acts sparkled, it was the little-known deejay Food Kartel who stole the spotlight as he left patrons in a euphoric tizzy at Sunday night's concert phase at the 2010 Westmoreland Curry Festival at the Mannings School in Savanna-la-mar.

It was a case of offering patrons, who had spent the earlier part of the day sampling a wide array of curried delicacies, a musical desert as screams of delight and spontaneous dancing greeted the food-based lyrics, which Food Kartel delivered with confidence and authority.

Hitting the stage after stellar performances from the likes of Ken Boothe, John Holt, I-Octane and a dazzling Nesbeth, Food Kartel, nattily attired in red and white, took the venue by storm, as he ruled supreme with songs such as Come Cook Fi Me, Nah Get None and Last Dish.

When Food Kartel left the stage, the buzz and screams for "more, more" left MC Ron Muschette with no choice but to call him back for a well-deserved encore. Food Kartel quickly re-established command, again rocking the crowd with a song titled Nice Food.

Nesbeth, who preceded Food Kartel, was also in exemplary form. Hitting the stage to a warm welcome, he was soon in full-flight, delighting with songs such as Board House, Drive By, Guns Out and Mi Baby Mother. With the crowd operating like a well-schooled choir, it was quite clear that Nesbeth could do no wrong.

I-Octane, who performed before Nesbeth, showed why he is so revered in music circles with a classy set steeped in maturity and control. He was simply awesome on Mama, My Life and the compelling Lose a Friend.

Jah Cure, arguably reggae's most sought-after act at this time, took the stage shortly before the security fence at the front of the stage broke down, hurting a few patrons. He quickly settled the situation and had the patrons dancing in delight as he made his mark with Longing For, Love Is, You Will Never Find, Call On Me and a super rendition of Unconditional Love.

Assassin again advertised himself as a superstar in the making. Soaking up all the energy he could pull from the crowd, he delivered generously from his rapidly expanding catalogue. He was on top of his game with Don't Mek Me Hold You, Leave Us Alone and Bad Mind People, among other songs.

In the early stages of the show, the pace was brilliantly set by the likes of the veteran Ken Boothe, who took the younger patrons to school with classics like When I Fall in Love, Moving, Puppet On a String and You Shelter Me. Vocalist Stevie Face, who performed in that segment, also sparkled, connecting well with Wake Up With You, Should I Be Love and I Don't Need Nobody.

John Holt, who followed a hilarious set by comedians Apache Chief and Free Man, was velvet-smooth as he proved himself a bonafide crowd-pleaser with songs such as Tide is High, Ali Baba, Carpenter, Tribal War and Police in Helicopter.

While the likes of Tifa and Sophia Squire made their presence felt with well received sets, D'Angel, the self-proclaimed first lady of dancehall, was easily the most outstanding female performer. She was bang on target, unleashing songs like Hot Gal A Road, First Lady, Blaze and Me Have, which was done in combination style with upcoming deejay Versatile.

Clash king KipRich was his usual entertaining self, exciting the fans with his special blend of social commentary and comedic offering. Songs such as Bun fi Bun and Telephone, which blended perfectly with his stage antics, were enough to make fans happy.

New kid on the block, House of Leeds' promising young rapper J-Yungg, surprised many with his driving lyrics and clearly had the female fans under his power as he sizzled with songs such as Bring Me Down and Grange Hill. Iyahblazze, the top act out of House of Leeds, was also in fine fettle, rocking the crowd with Rasta, Heart fi di Poor and At The Movies.

Among the other acts who held their own were the likes of Grandson, Justice Merchant, Bomblast, Spring I, G-Whizz and Danny English and Egg Nog.