Maxwell satisfied with input of u-21 players 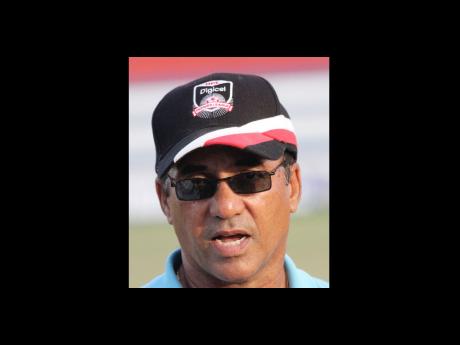 Waterhouse coach Geoffrey Maxwell is happy his ploy to expose a number of his under-21 players to the Digicel Premier League (DPL) is paying off.

Speaking in the wake of his team's 2-0 blanking of Boys' Town at Waterhouse Mini-Stadium on Sunday night, Maxwell stressed that the under-21 players are the future of the club and blooding them is critical if the team is to make a serious run for the title next year.

"We gave some of our under-21s the opportunity today to feel what it is like playing at the higher level, and they again did well," said Maxwell.

"They are the future of the club, and if we are to make more of an impact next season, their role will be crucial," he added.

Waterhouse, who lie third in the points standings on 53 points - 17 off leaders Harbour View and 13 behind defending champions Tivoli Gardens - were propelled to victory on goals from forwards, substitute Kevin Lamey and national Under-20 standout, André Clennon.

Coming on as a replacement in the second half for Jermaine Anderson, Lamey netted in the 58th minute after volleying home in the area, while Clennon powered his way past a defender before blasting his shot past Philmore Crumbie 16 minutes before the close.

"I thought we played fairly well for most of the game. It's just that we didn't concentrate long enough," said Boys' Town captain André Wheeler.

"We are playing mostly for pride and have to motivate ourselves, as even though we can't win, we don't want to end the season on a losing note," Wheeler added.

Boys' Town played the match without influential coach Andrew Price, who was off the island. But he is slated to return for their next game on Sunday.