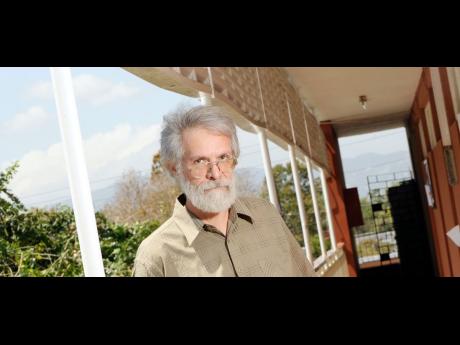 Every week, political discussions in Parliament, in newspaper columns, and on radio and television talk shows imply that we are becoming more, or less, 'democratic' as a nation. This is a common ploy in political rhetoric, and both parties use it. But what do we actually know about this, in fact? To what extent do Jamaicans endorse the key values that underpin a well-functioning 'democratic culture,' and which political scientists agree are necessary to sustain its health?

As Carl Stone reminded us, if the Jamaican democracy is to continue to thrive over time, it must remain rooted in a widespread agreement on basic democratic values. In a 1992 paper on 'Values, Norms and Personality Develop-ment in Jamaica', he wrote that these democratic values "define for a society the things people strive for and attach great meaning and significance to". He went on to warn that a weakening of consensus on these "core values" could result in "a gradual drift towards social anarchy where raw power rather than authority holds sway."

Following in the footsteps of Stone's tradition of academically based polling, the University of the West Indies' Centre for Leadership and Governance, in its 2006, 2007 and 2008 surveys, asked Jamaicans a variety of questions designed to probe the strength of these "core" democratic values. In probing such values, our research team resolved to go considerably deeper than is ordinarily the case with polls geared towards media outlets - which tend to focus on issues of the day rather than on systematically tracking these longer-term citizen orientations to democracy.

What 'democracy' means to Jamaicans

When asked, in our first survey in 2006, whether they felt democracy was "the best form of government", about three-quarters (76 per cent) out of a national sample of 1,338 Jamaicans said that it was. Subsequent 2007, 2008 and 2010 national polls have confirmed this to be a consistent sentiment. A majority, 56 per cent, also agree that "only with a democratic system can Jamaica become a developed country." It is interesting, though, that more than a third, 35 per cent, disagreed with this latter statement - which implies they can conceive of a non-democratic path to development being either possible or desirable.

But, of course, this begs the question as to how, exactly, most Jamaicans define for themselves what they mean by 'democracy'. Perhaps different respondents are meaning different things when they say they support it. Historically there have been a number of different strands to democracy, and these can sometimes contradict each other. Asked to choose, from a list, what they thought to be the single most important characteristic of democracy, 24 per cent of Jamaicans cited "freedom of speech"; 23.5 per cent said "open and fair elections"; 22 per cent chose "equal treatment for everybody by courts of law," and 13 per cent said "an economic system that guarantees a dignified salary." Less frequently chosen features of democracy were "majority rule" (four per cent); "Members of Parliament who represent their electors" (3.9 per cent); "a competitive party system" (3.5 per cent), and "respect for minorities" (2.6 per cent). This does not necessarily mean people dislike those latter features, but rather that they are not the first thing that comes to mind when one thinks about 'democracy'.

In our definitions of what we mean by democracy, Jamaicans also show a slightly greater preference for 'equality' over personal 'freedom' - though both are obviously highly valued, and seen as indispensable. Asked to choose between these two value priorities in the 2007 Leadership and Governance survey, 53 per cent said they consider "equality more important" as a national priority - that is, "that nobody is underprivileged and that social class differences are not so strong." This compares with 45 per cent who consider "personal freedom more important" - that is, that "everyone can live in freedom and develop without hindrance." Similarly, when asked whether "the needs of society as a whole" or "the needs of the individual" are more important, 73 per cent choose the needs of society, over the individual (25 per cent). As noted in a previous Gleaner column, when Jamaicans are asked to rate their basic social values they rank "equality" 11th and "freedom" 16th (out of 35 values) - which again is consistent with this pattern of a slight preference for equality and meeting collective needs, over personal freedom for the individual.

In terms of equality of political influence, we found that 86 per cent agree that "every citizen should have an equal chance to influence government policy," and 73 per cent also agree that "in politics the minority should always be free to criticise government decisions" (2006 survey).

With respect to the sharing of opportunities and resources, there is very strong support for democratic norms of equality. In the 2007 survey, an overwhelming 93 per cent agreed that "our society should do whatever is necessary to ensure that everyone has an opportunity to succeed." This sentiment apparently extends to equality between classes and to the distribution of wealth. A large 84 per cent of Jamaicans feel that "the government should work to reduce the income gap between rich and poor," and 57 per cent also think that "more equality of incomes would avoid conflicts between people at different income levels."

When the question wordings shift in the direction of 'inequality', then only a minority agree. Thus, only 38 per cent agreed with the statement, "Incomes should not be more equal since the rich invest in the economy, creating jobs and benefits for everyone." Similarly, only 39 per cent agreed with the statement, "It is not really that big a problem if some people have more of a chance in life than others."

'Order' and 'authority' versus individual freedom

Consistent with this, a substantial majority of Jamaicans say they prefer a 'democratic' regime over an 'authoritarian' one. Given three statements to choose from in the 2008 LAPOP/USAID survey, 65 per cent of Jamaicans affirmed that "democracy is preferable to any other form of government", compared with 15 per cent who said "under some circumstances an authoritarian government may be preferable", with another 11 per cent saying "it doesn't matter" to them "whether a regime is democratic or undemocratic".

What is troublesome is that this democratic regime preference seems mixed with latent sentiments in favour of authoritarian intervention under extreme circumstances - if such a scenario were to develop. More than half (56 per cent) of respondents in the 2006 survey agreed with the statement that "I would not mind a non-democratic government in power if it could solve all the economic problems", and 43 per cent said they would not mind if "private companies take control of the country, if they can solve the problems". However, when asked in the same survey whether they would "support a military government to replace a democratic one, if the situation got bad", 59 per cent said they "would never support" such a government, and only 33 per cent could conceive of ever doing so.

Though worrisome, it is important to point out that these latent authoritarian sentiments seem to apply only to envisioned scenarios of extreme crisis. For example when asked in the 2008 LAPOP/USAID survey whether "our country needs a government with an iron fist" or the "problems can be resolved with everyone's participation", 87 per cent chose the latter. Similarly, when confronted with a choice between "we need a strong leader who does not have to be elected" and "electoral democracy, or the popular vote, is always best", 78 per cent chose the latter.

So how do these sentiments compare with those of other countries in the hemisphere? In the 2008 LAPOP/USAID Americas Barometer study, Jamaican attitudes were compared with 22 other Latin American and Caribbean countries. On a variety of possible measures of democracy, Jamaicans consistently ranked within the upper third among the 23 nations surveyed. They ranked eighth among the 23 countries in their belief that "democracy is better than any other form of government", fourth in their belief in the legitimacy of the nation's core political institutions, sixth in their tolerance for minority and opposition rights, and ninth in support of the right of public contestation.

The overall picture that emerges from these various national surveys is one of heartfelt commitment among the Jamaican people to basic norms of democracy, and to the related ideals of equality, freedom, tolerance, and social justice. Paradoxically, however, this coexists with some ambivalence when it comes to choices between 'democratic' and 'authoritarian' governance in times of severe crisis - though preferences for the former clearly prevail. It is no accident of history that Jamaica has remained continuously democratic for over 60 years since the first elections under universal suffrage. Those "core values" Stone had spoken of ensure it, acting as popular antibodies against undemocratic rule.

Lawrence Alfred Powell serves as polling director for the Centre for Leadership and Governance, UWI, Mona, and is a senior lecturer in the Department of Government. Email lawrence.powell@uwimona.edu.jm. National surveys on which this article is based were made possible through support from the United Nations Development Programme, the United States Agency for International Development and the Latin American Public Opinion AmericasBarometer (www.LapopSurveys.org).