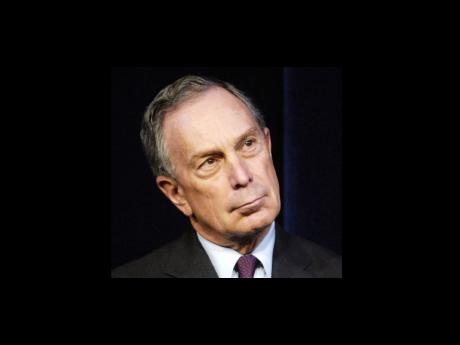 For the first time ever, television and film productions that come from all over the world to shoot in the city will have to pay for the City Hall permits that have always been free, a major change in policy that Mayor Michael Bloomberg's administration blames on budget woes.

Senior Bloomberg administration officials summoned representatives from Hollywood studios, advertising and labour unions on yesterday to tell them about the proposed US$300 fee for films, commercials, music videos and television series.

To be sure, US$300 is a barely noticeable budget line in most multimillion-dollar television and screen projects, and most major cities - including Los Angeles, New York's major film competitor - already charge permit fees. But the change is an about-face in policy for a city that has long prided itself on uniquely providing free permits and other perks to lure projects to shoot in the iconic Big Apple.

Permits have been free since the city established a film office in 1966.

"At this stage, with these unprecedented budget cuts, we have no other choice," said Katherine Oliver, commissioner of the Mayor's Office of Film, Theatre and Broadcasting. "We think this is the best way to go in this environment to address the cuts we are facing."

The city will have a comment period on the fee proposal and then schedule a public hearing.

The fee likely would raise less than US$1 million a year, but still significant to the film and television office's relatively small US$2 xmillion budget. The city's budget is about $60 billion.

The charge would be required once for every movie, commercial or music video shoot, no matter how many days the production was working in the city, and once a season for television projects.

John Johnston, executive director of the New York Production Alliance, a trade group that represents thousands of people employed in the film and television industry, attended the meeting and said he wasn't surprised the city was attaching a fee to permits.

He said it wasn't likely to dissuade high-budget feature films, but said he was concerned about the effect on smaller projects.

"Any cost that's added to filming in New York is a detriment, discouraging to business," he said.

The city said it would waive the initial fee if a low-budget production could demonstrate "unreasonable hardship".

When permits are required

New York requires a permit for any shoot that uses vehicles or equipment other than hand-held devices and cameras on tripods - items such as props, sets, lights, dolly tracks, screens and microphone devices. In some situations, a permit is also needed if a production wants exclusive use of city property.

About 3,050 filming applications that would be subject to the fee were submitted to the city last year. Additional permits the city grants to productions - for special locations, for example - would remain free.

The city still plans to keep providing production freebies such as parking, street closures and police officers on set for no charge. Los Angeles, where a film permit costs $625 for two weeks of shooting, charges fees for those services as well.

Brooke Kennedy, executive producer on the CBS drama The Good Wife, which shoots in New York, said a permit fee in the low hundreds of dollars was a drop in the bucket and not likely to outweigh the perks given to productions.

"It's money well spent," said Kennedy, who has more than 25 years of experience shooting in the city. "You get so much here."

City agencies have undergone seven budget cuts in the past two and a half years as Bloomberg has tried to balance the budget and bridge multibillion-dollar deficits amid the recession. Agency heads have been directed to not only trim costs but also to look for ways to raise extra cash.

Fees have already gone up for permits to stage movie premieres and red-carpet events that disrupt street and sidewalk traffic. Last year, the city raised the cost for permits to film in municipal buildings including courthouses and City Hall.

Rising costs come as the Bloomberg administration has spent years trying to undo New York's reputation of being a difficult and costly location for film and television shoots. The industry is a US$5 billion-a-year business in New York, employing more than 100,000 people.

In 2005, the city instituted a five per cent tax credit that, when combined with a 30 per cent state tax credit, helped revive the industry and draw productions, including the ABC sitcom Ugly Betty and the films Spider-Man 3 and The Nanny Diaries.

The money for the tax credit ran out last year, and a proposal to renew it is being considered in Albany.

Some of the last big projects to take advantage of the credit are major movies coming out this year such as the Jerry Bruckheimer film The Sorcerer's Apprentice, starring Nicolas Cage, along with the Wall Street sequel and Sex and the City 2.