Agri thieves in the firing line 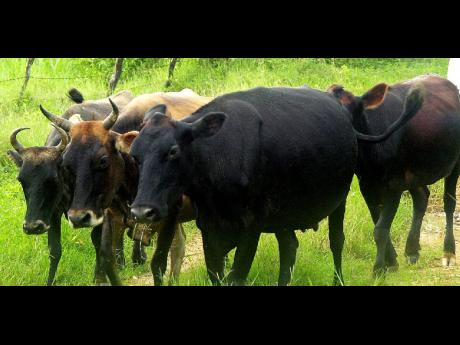 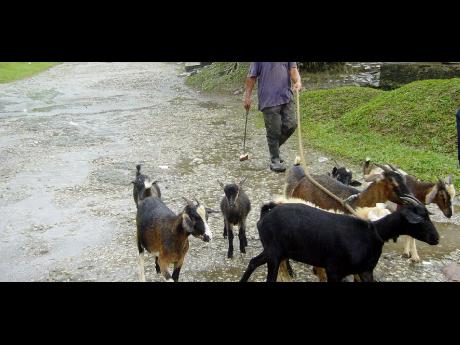 A string of sting operations involving the police and army is being planned to target crop and cattle thieves, who have for years been pillaging the agricultural sector.

"We will be targeting hot spot areas, with video cameras, with the intention of making arrests," declared Mark Panton, the chief technical director in the Ministry of Agriculture and Fisheries.

This should be good news for the likes of Glenroy Stone and Samuel Flemming, who have witnessed the products of their investments and hard work disappear overnight - literally.

Panton told The Gleaner that this was among a range of programmes aimed at turning the heat on hoodlums who have been illegally eating away at the sector.

Interests in the farming industry have characterised rampant acts of agricultural thieves as a cancer eating away at the industry, with no end in sight.

"It is a cancer in the sector that must be treated as organised crime," agreed former president of the Jamaica Agricultural Society, Senator Norman Grant.

An army man, Lieutenant Paul Dunn, has been appointed out of the Ministry of National Security as a praedial larceny co-ordinator to monitor the progress being made in stamping out the scourge.

"He (Dunn) has to work with the police and soldiers and other relevant organisations to formulate strategies to combat the scourge," Panton told The Gleaner.

He revealed that the Crime Stop programme has been drawn into the mix, enabling the public to pass on information anonymously to the police for a reward.

In the face of bitter complaints from farmers that nothing is being done in the courts, Panton told The Gleaner that a sensitisation programme is on the agenda for the security forces, as well as members of the judiciary.

"This will help to identify illegally gained produce," he said.

Panton was given the portfolio assignment to assist in developing programmes to tackle praedial larceny by Agriculture Minister Dr Christopher Tufton.

He said a "traceability programme", which involves the relaunch of the receipt-book system, is to come on stream with renewed vengeance.

This should be good news for Grant, who told The Gleaner that Tufton had been too slow in relaunching the programme.

It has been more than 15 years since the previous administration amended the Agricultural Produce Act to implement a receipt-book system for the sector.

However, scores of farmers - both crop and cattle - continue to feel the devastating effects of praedial larceny.

Panton revealed that this time around hotels and supermarkets will be checked, as well as market vendors and customers.

He told The Gleaner that a committee is currently reviewing the laws relating to praedial larceny with the intention of streamlining the legislative processes.

All this, Panton said, would be complemented by a comprehensive public education and awareness programme through the mass media.

Panton was quick to stress that the programmes are not intended to bring an end to praedial larceny overnight.

"It will be a long process," he said.

Panton acknowledged that of the estimated 235,000 farmers who operate throughout the island more than one million, along with their families, could be severely affected by scrounging thieves.

Stone is one of the many hard-working farmers who wrung their hands and wept as they woke to view a calamity.

The cows, goats and a range of agricultural products they had toiled day and night to grow to put money in their pockets simply disappeared overnight.

All too often life savings, even loans invested, are lost.

Flemming, a cattle farmer, his son Patrick and their neighbours in Chudleigh, Manchester, tell a riveting story of a bitter battle with cattle thieves.

Flemming Sr told The Gleaner that over the past three years cattle thieves have stolen more than 20 head of mature cattle from him alone.

He revealed that the value for one fully grown animal is $80,000. Multiply that by 20 and you get a $1.6-million loss for one small farmer.

Despite this, the police have not been able to tally the number of arrests of praedial thieves who have been apprehended.

However, Agriculture Minister Dr Christopher Tufton estimates loss to farmers to be in the region of $5 billion annually.

Tufton told The Gleaner that it was difficult to present more precise figures as the theft was grossly under-reported.

Grant told The Gleaner that at the end of 2007 total growth production in the sector was valued at $80 billion.

Six per cent of that amount, he said, amounting to $5 billion, was lost to praedial thieves.

"No agricultural project can survive under these conditions," warned Grant.

He accused the judiciary and political directorate of failing to treat the issue with the seriousness it deserves.

Farmers like Flemming say they have no confidence in the law enforcement and judicial systems.

Many farmers have invested in their own anti-theft systems, but praedial thieves keep coming back again and again to reap what they had not sown.

They have acquired consummate skills in butchering cattle.

They travel in refrigerated vehicles and butcher cows and goats on the spot.

However, while the praedial thieves successfully live off the farmers' produce, successive administrations seem to have failed to put an end to the multibillion-dollar activity.

It is left to be seen whether this round of initiatives will bring some relief to farmers.