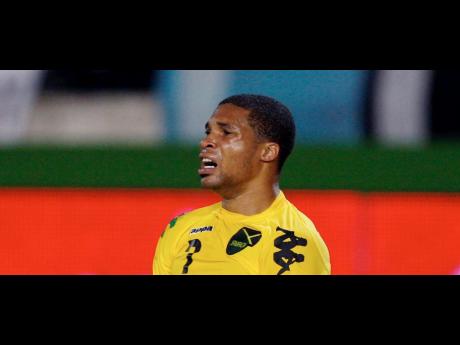 Cash-strapped and short on readily available friendlies, Jamaica's Reggae Boyz will be looking to make the best of an unexpected fixture, when they take on South Africa's World Cup-bound Bafana Bafana (Boys Boys) at the Offenbach Kickers Stadium in Frankfurt, Germany, at 1:30 p.m. today.

The 18-man squad left the island yesterday enroute to the German city, and are expected to arrive at 9:30 a.m. today, just four hours before kick-off time.

The hastily arranged match, which only came about following the withdrawal of China from the fixture with South Africa, will see the Jamaicans fielding a mostly local contingent, with United States-based Ryan Johnson of the San José Earthquakes being the only addition.

Johnson scored the Boyz only goal in a commendable 2-1 loss to Argentina in their last friendly encounter, but like the rest of the squad, he has had no time to prepare for the game.

The South Africans, on the other hand, have been in camp for the past two weeks and seem intent on bettering the result of their last outing against Jamaica, a 0-0 draw in Bloemfontein, in November.

"We are more prepared this time. We should play better. We are more ready. We believe it will be a different game," South Africa coach, Carlos Alberto Parreira, was quoted as saying in The Times of India.

"We are more prepared physically and mentally and the shape is there. The identity is coming."

South African defender, Matthew Booth, who will lead a squad without most of the team's most experienced players, also expressed a similar sentiment in The Times of India article.

"(The Jamaica game in November) was a bit disappointing. So I think the guys want to set the record straight and get a good result, especially after the disappointing result against North Korea," he said.

"I think we should have wrapped that up easily but we failed to do so."

The teams have met on four occasions, all of which ended in draws.