Brown delighted with 'A' Team pick 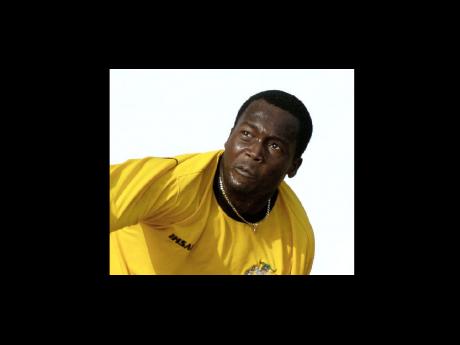 Leg-spinner Odean Brown says he is happy with gaining selection to the West Indies 'A' team and hopes to make a lasting impression against Bangladesh 'A', when the team tours the Asian sub-continent next week.

Brown, who has been one of the region's leading spin bowlers over the past three years, is one of three Jamaican players named to the Windies 14-man squad, which will play a tri-nation limited overs series involving South Africa 'A', as well as two first-class matches against the hosts.

The other Jamaicans are middle-order batsman Brendan Nash and wicketkeeper-batsman Chadwick Walton, who plays for the Combined Campuses and Colleges in the regional competitions.

"I was somewhat surprised when I received the call, but delighted," said Brown, who has taken 135 wickets in 35 first-class matches at an average of 22.58.

"This is what we all play cricket for, to move from one level to the next. I plan to stamp my authority and go out there and learn fast, so that I can move to the highest level as quickly as possible," he added.

The 28-year-old Brown, who hails from Westmoreland and is a past student of Cornwall Mountain All Age and Holmwood Technical, finished third in the race for the regional four-day bowling title in 2009 with 52 wickets in 12 matches, and second this season with 30 wickets in six matches.

He is one of two specialist spinners named in the squad, along with the Windward Island's Shane Shillingford, who finished fourth in this season's bowling standings.

Said Brown: "This selection is dedicated to my mother Catherine Reid, who has always been there and telling me the right way how to deal with situations whenever I come under pressure. I guess her wise words paid off.

"Then there is also St Catherine Cricket Club, which helped to nurture my talent, and my friends Nikita Miller and Jermaine Lawson, who have always been there to give me encouragement."