Not so fast, Mr Samuda 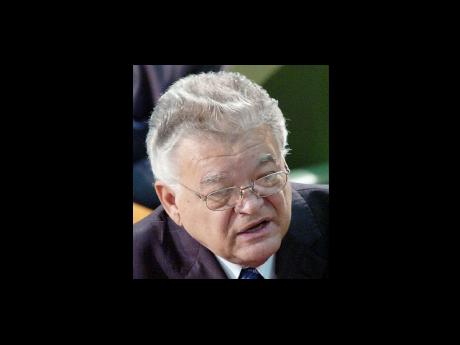 The latest episode, in what has been a series of serious attacks on this nation's infrastructure, has been the proverbial straw which has broken the patience of Karl Samuda, et al. The latest victim was the Colbeck Irrigation system and its dependents, and given the litany of reports about other varieties of metal stolen, including drain covers and road signs, it is safe to say that the body of our nation's infrastructure is being raped daily.

While one can easily identify with, and understand the painful frustration, we must endeavour, however, to repudiate impetuous behaviour of the kind which pushes the country, and more specifically Minister Samuda, to call for a shutdown of this 'dubious' industry. Will a shutdown of the industry definitively halt the theft? What this may actually precipitate is a result very much similar to that which unfolded in America in the early 1900s after prohibition was enacted. The barring of the consumption of alcohol (prohibition) actually led to an increase in the sale of alcohol via a vast underworld criminal network. Criminals will find a way to 'peddle their wares'.

Mr Samuda also needs to be reminded, lest he forgets, of the main plank of his party's campaign manifesto, that shout of "jobs, jobs and more jobs". So, to shutdown the sector would be to add to the ranks of the fatigued unemployed.

Worse is that we would be adding to that group, genuine members of the scrap metal industry, individuals who have families and who obey the law. Indeed, to close the sector would be to imperil their already fragile existence; surely, the good must no more suffer for the bad. What the minister must now seek to do, however, is invite all law-abiding citizens to participate in the flushing out of those who perpetrated those vicious acts.

We as a country and as a people must recognise that the theft that now threatens our country's stability is purely symptomatic of the hosts of other ills that plague our nation. Stringent and coherent means of isolating and cauterising theft must be made at all levels, whether civic or governmental; we must cut off the oxygen being supplied to these abominable individuals, but to do so calls for a concerted effort so as to purge our society and culture of criminal proclivities.