Want some curry? Jerk things up with the yellow powder 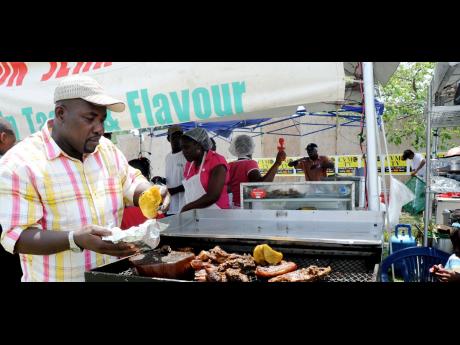 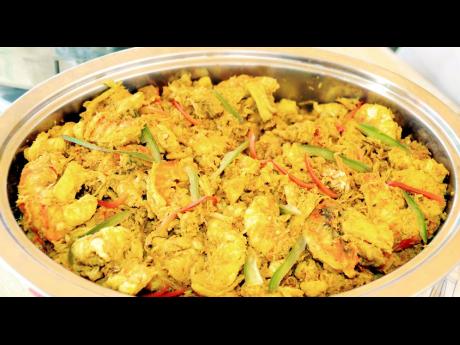 This extra-spicy curry shrimp - a favourite. - Photos by Sheena Gayle
1
2

"Food, in general, is a part of our heritage and we wanted to bring Portland to Westmoreland through our participation in Curry Festival," an elated Ernest Wilson revealed.

For regular curry festival patron, Earle Bennett, the curried chicken sausage and the curried jerk pork were a hit.

"Curried jerk pork?" Bennett questioned before he tasted the succulent and spicy food item that he endorsed. "This is very good. It's soft and very spicy and this chicken sausage that is curried is a first for me and it taste very good."

According to Wilson of Portland's Boston Jerk, he welcomed this opportunity to participate in a festival that celebrates food at its best.

"I hope this will be the start of a great partnership between us and the organisers of this festival and I would like to be part of this event every year," Wilson concluded.

Some 30 booths were at the festival according to Westmoreland Curry Festival Chairman Donald Gordon. "The participants from Portland Boston Jerk were a new addition to the festival, they have never been here so in addition to our usual treat, we gave patrons a taste of delicious treats from our new participants," Gordon explained.

Curried rabbit was also at the festival. The festival is known for its curry mango, breadfruit and jackfruit. The 10th annual staging of Curry Festival delivered on its promise to both raise funds for The Manning's School and serve up delicious curried food items.