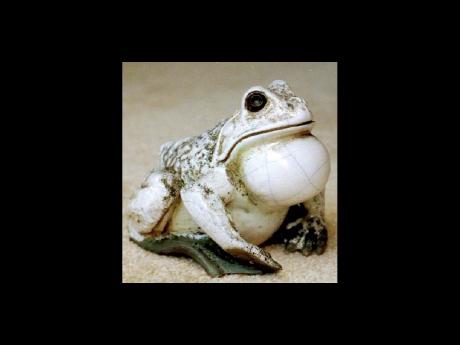 In France, frog's legs are seen as a delicacy. - File Photo 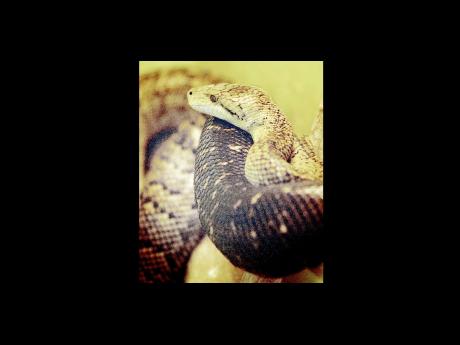 In many Asian countries, snakes are eaten as an aphrodisiac. - File Photo
1
2

The meal choices so far in Weird Foods have been, ahem, interesting. So let's hope that, these go down a little easier

Some Jamaicans are terrified of frogs and toads but in some parts of the world, frog's legs are an absolute delicacy, especially in France. The first mention of them in Europe comes around the 12th century but records show they were eaten as far back as the first century AD in China.

Soak frog's legs in the eggs.

Add oil in a pan.

Fry frog's legs in the oven for three to four minutes.

Method Soak the mushrooms in half a cup of hot water for 30 minutes, stem and slice them thin.

Cut the frog's legs into two

Heat a pan with the oil and when it is very hot add the garlic and ginger and stir once.

Add the scallions and sherry and continue to cook for another two minutes.

Discard the garlic and ginger, remove the legs and keep warm.

Cut the green pepper into one inch squares, and add to the hot pan.

Add the mushrooms and water chestnuts, and sauté together for two minutes.

Add thickening to the hot oil, and cook over medium heat until thick.

Add the legs and vegetables and cook for two minutes, stirring constantly.

Frog fanatics say it tastes like chicken, which leads us to the second animal this week, snakes.

The slithery reptiles are also renowned for their chicken-like taste. Some groups in China and Vietnam have a long history of eating snakes, which are considered an aphrodisiac. Rattlesnakes are eaten in certain parts of the south-western United States and other types are eaten as close to us as Guyana.

Season to taste with local seasonings.

Bring to boil, allow to simmer off of flame for five to 10 minutes.

In a bowl, mix the teriyaki sauce, honey and ginger.

Pour marinade into a large Ziplock bag and add the snake steaks.

Squeeze out the air and seal.

Refrigerate for at least three hours.

Remove the steaks and roll in sesame seeds.

Place on hot grill and cook over medium heat until done.