Excellent 'Evening of Poetry' at Hilton 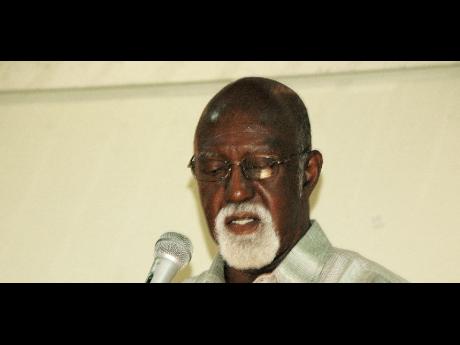 Mervyn Morris reads from his extensive anthology at an Evening of Poetry. - Colin Hamilton/Freelance Photographer 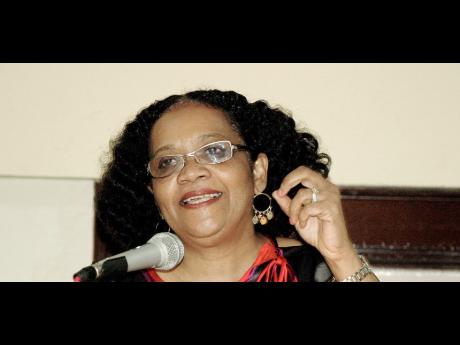 Lorna Goodison reads 'Ode to the Watchman' at an Evening of Poetry at the Hilton. - Colin Hamilton/Freelance Photographer
1
2

It was a given that there would be excellent poetry and some unbilled sampling of wit at the Hilton Kingston on Tuesday evening. Three of the poets are on a last name literary basis; put Morris, Baugh, Goodison and poetry in the same sentence and one hardly need preface them with Mervyn, Edward and Lorna, respectively.

And it would be expected that Shara McCallum, though not on a similar near eponymous footing, would be in the same class of verse.

Where the gap between expectations and fulfilment often lies is in organisation. Happily, there was no aperture through which the poetry could slip and, if not break a leg (not in the backhanded theatre way of wishing a thespian good luck), then twist an ankle at the Artistic Expressions Ltd production.

The poets were given good time - about 15 minutes, any excess happily forgiven. The order was appropriate - McCallum then Morris' trim verse, a break, then the often wry humour of Baugh and closure by Goodison, who moved the audience through physical locations which anchor her life. It did not hurt that the host, Paula-Anne Porter Jones, is on a former-student-to-teacher basis with Baugh and Morris. Wind instrumentalist Nicholas Laraque blew a settling melody over the substantial audience at the beginning and post-intermission.

The entire Evening of Poetry did not take more than 90 minutes.

After McCallum closed her literary walk through Kingston ("the city where Marley sang 'Jah will never give the power to a baldhead/While the baldheads reigned' ") with "City of my birth/If I forget thee who will I be/Singing the Lord's song in a strange land", Morris warned "my poems are short, so there will be a lot of them in my 15 minutes".

They were, but with Morris' poems, short does not mean small. 'Toasting a Muse', 'I Been There, Sort Of', 'Connection' and 'A Voyage' were at the beginning of a reading filled with larger meaning. There was laughter when Morris read in 'The Lovers', "Each falls in love with the other's mask" - and even more when he introduced another with "This is a poem written on one of my wife's birthdays". When the merriment subsided, Morris genially adjusted it to "one of the birthdays of my wife", although he made it clear that he had said 'wife's', nor 'wives'.

'Mortality' came near the end with 'The Day My Father Died' and 'A Chant Against Death' ("Say sun and moon/Say see you soon"), Morris closing with an especially acclaimed poem among his many acclaimed poems, 'The Pond'.

Baugh went with humour at the start, 'Choices' followed by 'Obituary Page' ("I wonder why anybody can't just dead anymore?.... When time come just tell them other one for me, Mavis dead"), 'Soundings' read for Kamau Brathwaite and an epigraph from Edward Long preceding 'Long Service Award'.

He said 'The Limitation of Poetry' was his shortest for the night ("It was a poem that brought them together/Now no poem can heal the hurt") and closed with 'The Accident', which started with the scene of the crash, where it was as if the man's brains were taken out and put to one side - this a man who had proclaimed he had more brains than God. "The people swear is God make it happen/To show them a sign," Baugh closed.

Goodison ran the last line of 'Ode to the Watchman' into her greeting, then said "I thought I would read a lot of new poems tonight". So she did. Reporting Back to Queen Isabella, preceding it with an explanation of how Christopher Columbus crumpled a piece of parchment in his hand and let it fall in demonstrating how mountainous Jamaica is, and went back to her childhood with 'Hope Gardens' (reached by "slow chi-chi omnibus").