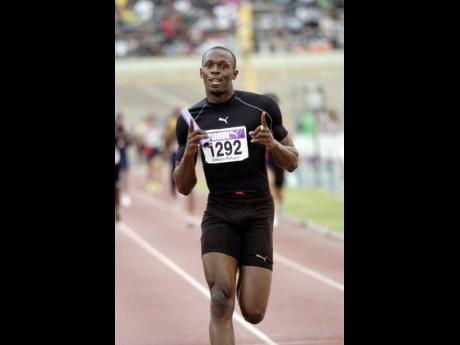 The world record holder in the 100 metres and 200 metres will run the 200 metres for the second straight year at Lausanne's Pontaise stadium on July 8.

He will seek to replicate his stunning performance from last year when he sprinted to an amazing 19.59 seconds in rainy conditions in the French-speaking city.

Bolt is currently the hottest commodity in world track and field following records of 9.58 and 19.19 seconds in the 100 metres and 200 metres, respectively.

He will be joined by fellow Jamaican Shelly-Ann Fraser, who is the reigning Olympic and World champion in the women's 100 metres.

Fraser will come face to face with compatriot Kerron Stewart, a World and Olympic silver medallist.

Star Cuban hurdler Dayron Robles, the Olympic champion and world record holder, has also been named to contest the meet.

The multimillion-dollar Diamond League will get going on May 14 in Doha and will wrap up in Brussels on August 27.