A pox on both their houses 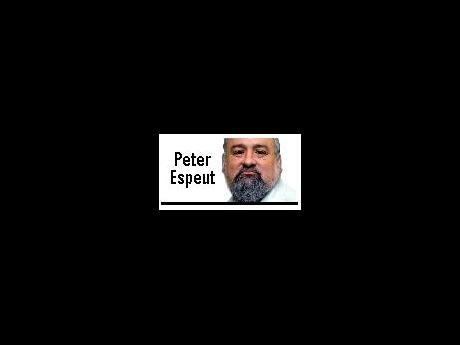 I gave this title to one of the first columns I wrote for this newspaper in 1992. It is still appropriate today.

Democracy is a good thing, because it gives people the opportunity to choose their government. But what good is democracy if none of the choices offered is of good quality? It's like having a choice of 1,000 cable TV channels, yet you surf from one to another fruitlessly searching for something edifying to watch!

In our last general election, Jamaican voters were faced with, it seems, a difficult choice: between an incumbent party deeply involved in garrison politics, associated with corruption scandal after corruption scandal over almost 20 years, destructive of the environment, on the one hand; and another party which began the whole garrison phenomenon, and had its own corruption scandals when it was previously in power, but which now claimed to be committed to putting an end to corruption and the garrison system, and would conserve the natural environment, on the other hand. By a small majority in terms of the number of seats, Jamaicans voted against the incumbent. The small majority voted for change.

Even though the options were limited, at least Jamaicans had the choice of putting the incumbents out to pasture, even though very many voters still supported the People's National Party (PNP).

Judging by present verandah talk and opinions expressed in the public media and on the Internet, here in Jamaica there is disillusionment with the Bruce Golding-led JLP government over election promises broken and what appears to be more of the same old, same old.

Rather than dismantling the garrison system, it seems to be getting even more entrenched. The Jamaica Labour Party (JLP) is being tainted by its dancing with Dudus: how it has handled the wiretap evidence it collected legally (or not handled it, as the case may be), and how it is handling the US extradition request. The obfuscation around the Brady Lobbying Affair is not helping any. Judging by its sorry record, the JLP government is at least as environmentally destructive as the PNP was, if not worse!

By 2012 - just two years from now - Jamaicans will go to the polls to decide whether they want five more years of this lot, or to return to power the previous set of leaders they just recently rejected. That is what our democratic system calls on us to do.

But what a choice! There are no new fresh leaders in the PNP, and no new, fresh philosophies or new fresh commitment to decency and honesty. Not even in opposition is the PNP taking steps to distance itself from its old ways, and all the persons associated with the old scandals are still in place. Those who cry with Mercutio "A pox on both your houses" will have no way to vote in 2012.

I note with hope that on the weekend, Jamaica Chamber of Commerce (JCC) president Milton Samuda, took a strong stand against garrison politics. "We keep being told in tones of accommodation that we must be realistic about garrison constituencies," Samuda is quoted as saying. "I wish to suggest to you that it is precisely that realistic approach which has allowed garrisons to not just survive, but thrive to the extent that they now threaten our national well-being".

The Chamber of Commerce head is admitting that the PNP and the JLP cannot operate garrisons and do corruption by themselves; they have been receiving funding and other support from the private sector and the civil service.

Samuda is proposing that the private sector pull financial support from the parties while garrisons exist. He challenges: "First, we must stop the hypocrisy of donating to a politics which fosters garrisons while saying we uphold law and order."

That's the other thing about democracy. It depends upon ordinary Jamaicans - from the top and the bottom of society - taking a stand when enough is enough. Politics is too important to leave to politicians.

Peter Espeut is a sociologist and a Roman Catholic deacon. Feedback may be sent to columns@gleanerjm.com