No room for Sherone at JII 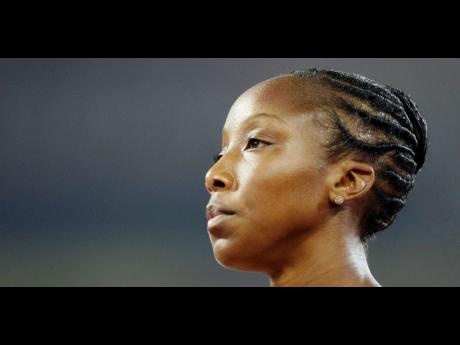 Jamaica's sprinter Sherone Simpson who is trying to get back to the pinnacle of her profession after experiencing an injury-hit 2009 season has suffered more disappointment as her request for a lane in tomorrow's Jamaica International Invitational (JII) meet has been denied.

Simpson who copped silver in the 100m at the 2008 Beijing Olympics and had four years earlier helped Jamaica's 4x100 metres team to gold at the Athens Olympics has in recent weeks publicly stated her desire to participate in the 100m at the JII meet where she would have faced compatriot Kerron Stewart and the fastest woman in the world last year, American Carmelita Jeter.

The invitation was, however, originally extended to Simpson and her other MVP track mates to be a part of the meet, but according to meet director Donald Quarrie the MVP camp advised that Simpson is among a number of MVP athletes who will not be available to participate.

"It is totally unfair to her for them to have taken her out of the meet, they should never have done that, she doesn't deserve that and to put her in limbo like that was not right," said Quarrie. " She should have had a say early if she wanted to come out or not. So everyone needs to point to MVP administration, coaching staff and management staff, as they should give Jamaica an explanation as to why they took her out.

"I would have been willing to put her back in but the lanes were already allocated. Whatever they did, they did not have her interest at heart and I guess they realised it after the fact," he added.

MVP's president, Bruce James said his camp originally felt that races on April 17 and 24 would have been enough preparation for Simpson at this time.

"The coach knows her level of preparation, the coach knows what form she is in; for example she was entered in the UTech meet on April 17, she was entered in the Penn Relays on April 24. Therefore when the coaches at first determined that the April 17 race and the April 24 race would be enough for her, I was satisfied with that decision by the coaches," said James. "After further reflection the coaches determined that she could handle April 17, April 24 and May 1 back-to-back, again I supported their decisions," he added.

Following the coaches' decision for Simpson to run, her agent Paul Doyle made contact with the meet organisers requesting a lane for her but there was none.

"Initially, we told them that she wasn't going to run and then a few days later we realised that it would have been in her best interest to run," said Doyle. "So around three weeks ago we decided that she would like to run. I contacted Donald Quarrie and Howard Aris but ultimately they weren't able to find her a lane," he added.

Simpson will, however, be in action this weekend as she left the island last night for Guadeloupe where she will compete in the 100m at a Guadeloupe meet tomorrow.