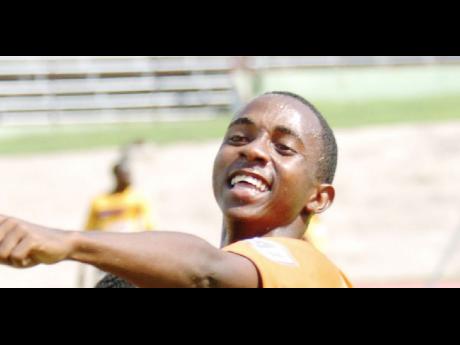 Reigning back-to-back champions Harbour View and Tivoli Gardens will have it all to play for heading into today's final round of the Jamaica Football Federation (JFF)/Premier League Clubs Association (PLCA) Under-21 League.

Harbour View, who lead the standings on goal difference over Tivoli, will play away to Arnett Gardens at the Anthony Spaulding Sports Complex, while Tivoli will tackle Portmore United at Ferdie Neita Park.

"The three-peat is added motivation, as in addition to the title, some players will be making the transition to the senior programme next year, and want to go out in a blaze of glory," said a confident Harold Thomas, coach of Harbour View.

"We know that Arnett are a good team and as always will be motivated to play us. They might even want to play some of their eligible Digicel Premier League players. But we are prepared and whatever presents itself we will be ready to deal with it," he added.

Tivoli, on the other hand, face an uphill task against Portmore, who lie fourth in the standings. They will be pinning their hopes on the championship's leading goalscorer, Michael Spence. Spence has a whopping 28 goals to his credit.

"We have to be the aggressors. Portmore are already out, and have good players. But if we need six goals to begin with we have to go out there and try to get them," said Tivoli's coach, Desmond Francis.

In other matches, Boys' Town will host third place Waterhouse, Village will travel to St George's, August Town will entertain Humble Lion and Rivoli United and Sporting Central will do battle at Spanish Town Prison Oval.