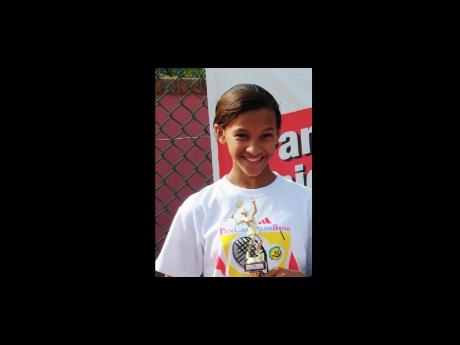 Leading players Shantal Blackwood, Shelita Haughton and Michealann Denton secured their spots in the quarter-finals of the Inter-scholastic Burger King Under-18 singles championships at the Eric Bell Centre yesterday.

Blackwood thrashed Christina Benjamin 6-1, 6-1, to set up an intriguing clash with Nicholene Bryan, who defeated Brittanae Reid, 6-2, 6-0. Denton received a walk over and will face Monique Hanson who beat Kerrisha Buckley 6-1, 6-1.

Haughton defeated Kasheena 6-1, 6-0 and awaits the winner of the match between Phadria Kepple and Vanessa Cox.

On the boys' side, number one seed, Sheldon McIntosh, who received a bye in the second round will face the winner of the match between Jared Wright and Horatio Ludford. The remaining second-round matches will be played today.