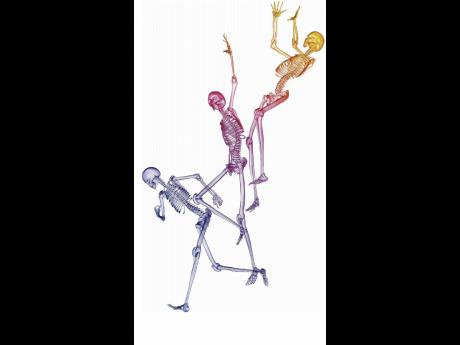 Helpful tips on coping with arthritis

The common saying, 'You are what you eat' applies to most diseases, and it is no different with arthritis. This painful malady is caused by inflammation of the joints.

Arthritis takes many forms, with the most common being osteoarthritis, a degenerative joint disease affecting mainly older people; and rheumatoid arthritis, which affects the joints of the fingers, wrists, hips, knees and feet, as well as the muscles, tendons and other tissues of the body.

"Arthritis, particularly osteo- and rheumatoid, is a major condition which affects millions of people worldwide. It is estimated that 30 per cent of Western Europe or United States (US) populations have some form of arthritic symptom, with 10 per cent experiencing disability as a direct result. And with an ageing population increasing the burden placed on joints, the number of people being affected by arthritic conditions is set to rise," states the website natalie.golland@sseas.com .

It is in the light of the rising numbers of arthritic persons why Seven Seas is promoting Arthritis Awareness Week from May 3-9.

An arthritic person may experience any of the following symptoms:

Rheumatoid disease: This is caused by an inflammation of the synovium, the moisture. The material characterised by persistent pain and stiffness in one or more joints and is often called 'cooked food disease'. It gradually develops over months. The whole body is affected and symptoms include:

Rheumatoid arthritis is caused by hormonal imbalance, physical and emotional stress, infection, severe fright, shock and injury. Heredity may bring on the disease.

Research shows that omega-3 helps reduce inflammation associated with arthritis. In a recent study, scientists have revealed that dietary omega-3 polyunsaturated fatty acids, such as eicosopentaenoic acid is effective in keeping joints supple, flexible and healthy. It is also important to consume the right ratio of dietary omega-3 to omega-6.It has been established that omega-6 can prevent inflammation in the joints. (Lipids, 2009, 44:889-896)

The omega-3 nutrients must be obtained from the diet and foods richest in omega-3 include oily fish such as salmon, sardines and herring. A cod liver oil, or fish oil supplement, is readily available supply fish oil. Cod liver oil tablets are available and they also contain glucosamine which helps with joint care.

Calcium is known to help in providing relief for arthritis patients. The mineral should be taken in the form of calcium lactate which has:

What are some of the local remedies commonly used in the treatment of arthritis?

Potato juice: Used in folk medicine for centuries and is known for its success in treating arthritic conditions. Cut potatoes into thin slices with skin on. Place the slices in a large glass with cold water overnight. Next morning, drink the potato water on an empty stomach. Juice from the potato may also be extracted by extraction in a juicer.

Green juice is loaded with phyto-chemicals; green juice is an alkaline substance which dissolves the accumulation of deposits around the joints and other tissues. Green juice is made by extracting equal proportions of any green vegetable like callaloo, sweet pepper and celery.

Pineapple juice contains bromelain which reduces swelling and inflammation in the joints.

Copper: You may see an arthritic person wearing a copper bracelet or ring. This is based on the old remedy of copper being good for arthritis. Traces of copper can be obtained by drinking water kept in a copper container overnight.

Garlic: The anti-inflammatory properties of garlic make it an excellent product.

Castor oil: It was a Spanish doctor who introduced this rubefacient in which two tablespoons of castor oil are put to boil. The oil is then poured into a glass of fresh orange juice taken before breakfast. It is advisable to take a rest from drinking the concoction after three weeks and then resume consumption for another three weeks. This procedure must be accompanied by an alkaline diet for the best results.

Coconut oil: Warm coconut oil and mix with three pieces of camphor. Then massage stiff and aching joints. This also increases blood supply and reduces stiffness and inflammation through the gentle warmth of the massage.

Sea bathing: The natural iodine of the sea water provides relief for arthritic pain. Iodine regulates the acid-alkaline balance in the body and helps repair regenerative worn-out tissues and nourishes the skeletal framework. Iodine enters into the thyroid gland secretion and cleanses the internal toxins. When seawater is not available, it is recommended that you soak for 30 minutes every night in a tub of warm water with a cup of common salt mixed into the water.

Warmth and rest: The body should be kept warm at all times. Rest is critical, especially when there is acute inflammation of the joints.

What shall I eat? The diet should provide alkalinity in the blood.

The alkaline diet is a controversial dietary protocol based on the consumption of mainly fresh fruit, vegetables, roots and tubers, nuts and legumes.

In the times of Early Man, hunter-gatherers consumed a diet based on minimally processed plant and animal foods. However, food processing and new agricultural practices gave way to the standard Western diet. Examples of food-processing changes include the introduction of grains after the appearance of stone tools.

Refined grains became available after the invention of automated rolling and sifting devices.

Milk, cheese and other milk products were introduced with the domestication of livestock.

Salt consumption rose when technology to mine, process and transport it became available.

Meat consumption increased with animal husbandry. It further increased with the advent of technology that enabled grains to be efficiently fed to cattle, which allowed cattle to be fattened quickly.

Sugar consumption has risen since the beginning of the Industrial Revolution.

Almost all foods that we eat, after being digested, absorbed, and metabolised, release either an acid or an alkaline base (bicarbonate) into blood. Grains, fish, meat, poultry, shellfish, cheese, milk and salt all produce acid, so the introduction and dramatic rise in our consumption of these foods meant that the typical Western diet became more acid-producing. Consumption of fresh fruit and vegetables decreased, which further made the Western diet acid-producing.

Blood is slightly alkaline, with a normal pH level of between 7.35 and 7.45, and an alkaline diet should reflect this pH level. It is believed that a diet high in acid-producing foods disrupts the acid/alkaline balance and promotes the loss of essential minerals such as potassium, magnesium, calcium, and sodium. It is this imbalance which may cause people to get sick.

An acid-producing diet is the cause of a number of chronic ailments and diseases, including:

It is advisable to discuss the alkaline diet with your doctor, especially if you have pre-existing conditions.

Pumpkins are not only alkaline, but also very low in calories, which make them an ideal vegetable for anybody who watches his or her weight. Moreover, pumpkins are rich in potassium, magnesium, zinc, fibre, iron as well as beta-carotene (antioxidant), which are really good at neutralising free radicals.

Cut the onions, pumpkin, potatoes and scallion into small pieces. Heat the olive oil in a big pot and sauté the onions for a few minutes. Add the water and boil the pumpkin, potatoes and the scallion until tender. Add the coconut milk. Place in a blender and purée for around 1 minute. The soup should become very creamy. Season with salt, pepper and nutmeg and finally add the parsley.