Is the iPad right for you? 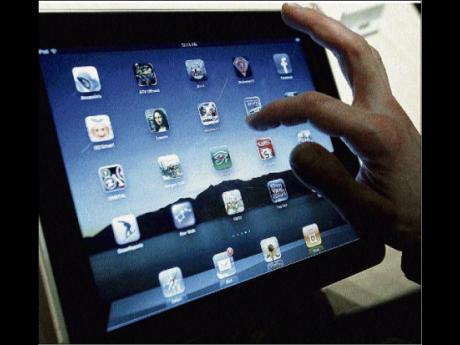 In this January file photo, the iPad is shown after it was unveiled at the Moscone Center in San Francisco. - ap

Given the recent hype around Apple's latest creation, I'm sure you have probably been wondering whether or not you should own one.

If you are the owner of an iPod Touch or the iPhone, the first key difference you'll notice with those devices and the iPad is, of course, the screen real estate. This is great for developers and will allow them to produce a nicer user interface for their applications, but not necessarily much more functionality.

With the pros said, here are five reasons you should own an iPad:

1 The high-resolution, 9.7-inch LED-backlid display is remarkably crisp and vivid, and makes it extremely favourable for viewing photos, watching movies and playing games.

2 Convenience and simplicity. No drivers to instal. No keyboard. No wires.

3 With up to 10 hours of battery life, it's a great replacement for your netbook/laptop.

4 Apple's app store is chock-full of great applications that are cheaper than its iPhone/iPod Touch counterparts.

5 Finally, it is serious eye candy. You'll definitely be the envy of all your friends :)

Now, to make things fun, here are 5 reasons NOT to own an iPad:

1 It's a serious thief magnet, especially in Jamaica. Let's admit it: even with the popularity of BlackBerrys, people still get attention when they take one out of their pocket. Now imagine the iPad? I won't say more.

2 The cheaper 16GB model sells for US$499 (J$45,000) with 802.11n wireless. For 3G, buyers will have to pay between US$629 and US$829, plus another US$30 a month for data service. There's still no sign of any local carriers supporting it soon, so there is no consistent data connection, which means you're stuck with using wireless connections.

3 There's no camera. Maybe one of the best reasons not to get an iPad.

4 Accessories for the iPad are expensive, and will probably cost you quite a large sum in the future, as you'll probably want to buy them to get the best from your device.

5 The price of the iPad is out of the reach of many people and it would probably be a much more prudent decision to invest in an iPhone or iPod touch.

Overall, the cons far outweigh the pros. Unless you have a nice wad of cash to play with, it would probably be best, especially for Jamaicans, to settle with an iPhone or iPod Touch if you want to at least experience most of what the iPad has to offer.

Let's hope for better with unveiling of the iPad 2.