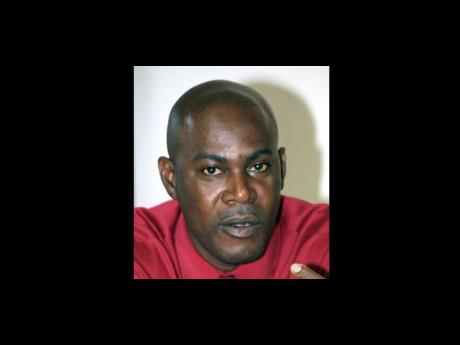 A clear warning has come from the police that, if unheeded, could spell social upheaval for St Ann.

Superintendent of Police Gary Griffiths said the squatter community at Belle Air Meadows in Dumbarton, St Ann, may explode into lawlessness similar to that of Flankers in Montego Bay, St James.

Citing an abundance of commercial and residential squatting in several communities in St Ann, Griffiths singled out Belle Air Meadows and warned a Gleaner Editors' Forum on Thursday, in Ocho Rios, that it was only a matter of time before the situation deteriorated.

"Belle Air is going to become a Flankers," Griffiths told the forum.

Flankers, on the outskirts of Jamaica's resort capital, Montego Bay, has developed a negative image for years. It has been the scene of much protest action by residents, claiming to seek justice, leading to widescale disruptions in the public transportation system because of the community's location along the main thoroughfare between Montego Bay and Falmouth.

Earlier this year, and not for the first time, residents of Dumbarton and surrounding areas, including Belle Air Meadows, blocked the main road linking Brown's Town to two other major towns, Runaway Bay and Discovery Bay, in their quest to have water trucked to their communities.

While the St Ann protests have not been as explosive as those in St James, Griffiths believes it might be just a matter of time before this happens.

But he signalled that the police would be underprepared to deal with any major disturbance because of limited personnel.

"There is a shortage of personnel," he admitted. "Almost every other week there is a blockade for water."

And on any given day, up to 40 police personnel are deployed to deal with traffic matters on congested streets, especially Ocho Rios, St Ann's Bay and Brown's Town, he indicated.

Griffiths has attributed most of the criminal activities in the parish to informal communities, as these settlements harbour persons from "all over Jamaica, who impact negatively on tourism and business.

"My concern, also, is that drug and coke addicts are now perpetrators of crime," Griffiths declared.

St Ann has seen an increase in crime this year compared to the similar period in 2009. Up to April 25, there were 11 murders and seven shootings, the same as last year. But rape and carnal abuse have jumped to 19, up from 13.