Altitude may pose challenge for some in SA 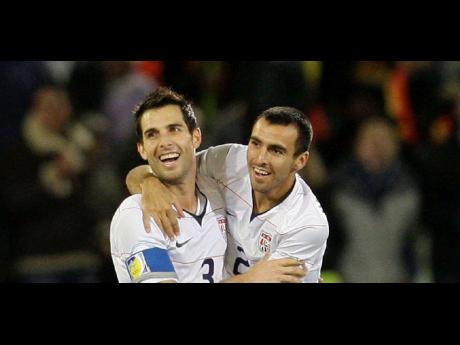 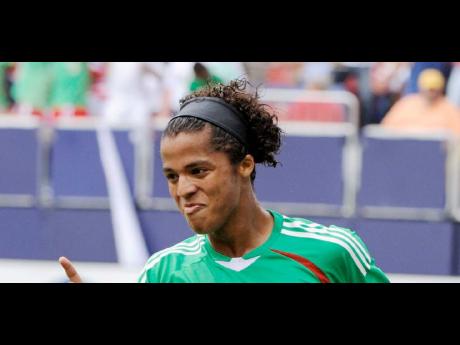 MEXICO CITY (AP): Nobody is picking Mexico to win the World Cup, although the country's national team has one thing going for it that few other teams can match.

Many of its players have already acclimatised to playing at altitude, growing up at 2,250 metres (7,400 feet) in Mexico City or Guadalajara, which is located on a plateau at 1,550 metres (5,000 feet).

So Mexico can take a no-worry attitude, basing much of their pre-World Cup training at a lowland camp in southern Germany before arriving in Johannesburg a week before the June 11 opening game against hosts South Africa.

"I didn't even know about the altitude," said Mexico midfielder Gerardo Torrado, who was born in Mexico City and is one of the team's three captains. "If we can take advantage of it, why not? We'll take any favour we can get."

Mexico may not be concerned about the altitude, but other countries surely are. For many, there will be early training camps in South Africa, or stints in the Alps to get ready.

"I wouldn't say the altitude is a problem, but it's definitely a factor," said Pierre Barrieu, a United States assistant coach who handles strength and conditioning.

The Americans got a breath of the thin air last year, playing in South Africa at the Confederations Cup - beating Spain 2-0 before losing to Brazil 3-2 in Johannesburg in the final.

"Having played there, you definitely can feel the effect," Barrieu said.

Mind you, South Africa isn't the Himalayas, but five of the nine cites hosting matches are at altitudes that scientists describe as moderate. Johannesburg is the highest at 1,800 metres (5,900 feet) and four others - Pretoria, Bloemfontein, Polowane and Rustenburg - are between 1,450 and 1,150 metres (4,800 and 4,000 feet).

Three other host cities are at sea level - Cape Town, Durban and Port Elizabeth - with Nelspruit at 670 metres (2,200 feet). Playing in Cape Town one day and then a few days later in Johannesburg could pose a challenge.

FIFA and chief medical officer Jiri Dvorak have said they expect few problems. Dvorak said in a recent interview that as few as three or four days would be sufficient to adjust. Other dispute that claim.

It's very clear what can happen if players don't have time to prepare.

The United States have never won a game in Mexico. In 24 games, the Americans have lost 23 and drawn one. Almost all of those matches were played without time to adjust to the altitude, arriving just a day or two before.

And it's no coincidence that Mexico have reached the quarter-finals twice in the World Cup, in 1970 and '86 when the country hosted the tournament.

The thin air can also change the flight and speed of the ball. Curiously, for brief athletic performances - say under 60 seconds - performance is improved in the less dense air.

A study done by Adidas and seen by The Associated Press shows that a free kick from 20 metres at a match in Johannesburg will reach the goal five per cent faster than at sea level. This translates into a free kick travelling at an average 126kph (78mph) at high altitude to 120kph (74mph) at sea level.

Though Mexico will arrive in Johannesburg just a week before their opener, most teams will take two or three weeks to acclimatise.

Five-time World Cup winners Brazil are set to arrive in Johannesburg on May 26, a full three weeks before their opening match on June 15. European champions Spain - the other favourites to win the World Cup - are expected to train for about 10 days in Austria near Innsbruck, where they play South Korea in a friendly on June 5. The team returns to Spain for a friendly against Poland and arrives in South Africa on June 9.

"In my experience, a two-week acclimatisation block works quite well for team sports and I guess I'd be hesitant to push it out much further," said Randy Wilber, an exercise physiologist with the United States Olympic Committee who is working with the US team.

Wilber specialises in getting athletes adjusted to altitude, heat, humidity and even jet lag. The Americans will arrive about two weeks before their first match on June 12.

In an ideal world, Wilber's teams might want three or four weeks, or a location that allowed them to train at sea level but sleep at altitude. But he cautioned about overdoing it, warning the psychological component was as important as the physiological.

Players have to be convinced the altitude will not be a problem, and they have to remain motivated.

"You may be doing the right things physiologically in terms of acclimatisation, but you don't want to go past the point where you lose psychological sharpness," Wilber said. "I've seen athletes half out of their minds with no social life being stuck on the side of a mountain."

"You try to play a little bit smarter and be more clever with your runs and more tidy on the ball so you are not chasing down bad touches, losing possession and having your whole team have to chase more," said Bocanegra, a defender who plays for Rennes in France. "You definitely need to go out there and be intelligent. You can't run yourself into the ground in the first 15 minutes."

Wilber acknowledged Mexico might have a slight advantage, but emphasised others can catch up with training and time.